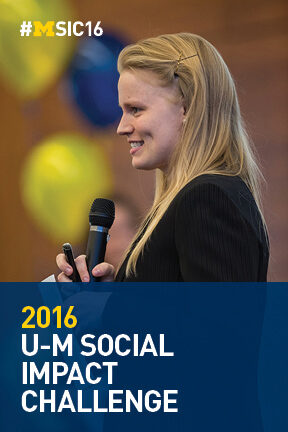 The Detroit Police Athletic League and its partners have raised millions of dollars to convert the site of the original Tiger Stadium into both its headquarters and a recreational space for local youths.

But how will the nonprofit group sustain funding in the years to come while including historical, community and youth development priorities? That’s a question it put to student teams at U-M who took part in the Social Impact Challenge, hosted by the Ross School of Business Jan. 21-Feb. 9. Students delivered final team pitches to a panel of judges that included experts and leaders from Detroit.