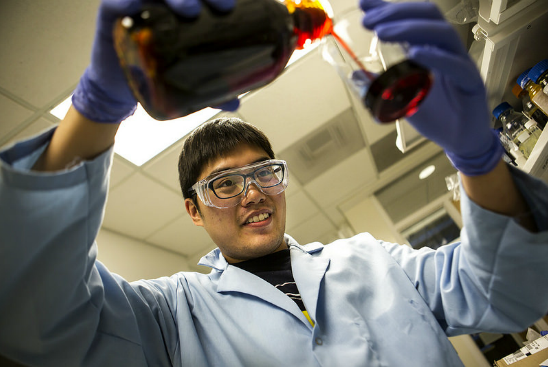 A start-up company plans to launch mass production of a new battery technology, developed at U-M, that could solve a defect that has previously bedeviled the airline industry.

The innovation is an advanced barrier between the electrodes in a lithium-ion battery. Made with nanofibers extracted from Kevlar, the tough material in bulletproof vests, the barrier stifles the growth of metal tendrils that can become unwanted pathways for electrical current.

A U-M team of researchers also founded Ann Arbor-based Elegus Technologies to bring this research from the lab to market. Mass production is expected to begin in the fourth quarter 2016.

The innovation promises to prevent the type of fires that occurred in Boeing’s 787 Dreamliner airplane, whose advanced battery system was prone to fires that forced the manufacturer to temporarily ground some planes in 2013. U-M College of Engineering professor Nicholas Kotov, who co-invented the technology, said the company would locate manufacturing in Michigan.