Category: Health Care, This is Michigan 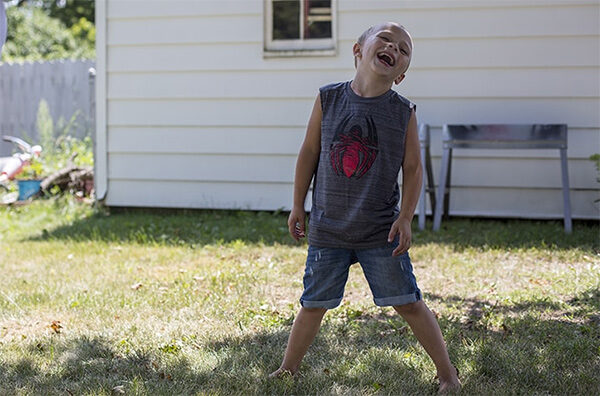 When a congenital heart condition went undetected at birth, one family was shocked to learn their 4-year-old needed a transplant. But today, he’s thriving.

But as the rambunctious 6-year-old prepares to start first grade, his family remembers a different time: when Landyn spent most days napping, doodling and watching cartoons in the hospital room where he spent nearly six months of his life.

What made the difference? A new heart.

“Life is actually a lot crazier and more hectic now if you can believe that,” his mother, Chelsea Dalek, says with a laugh. “He finally has the energy to act like a kid.” 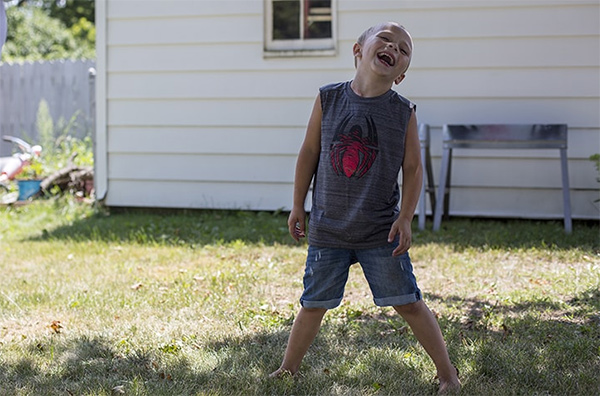 Landyn plays in his backyard.

As a baby, Landyn was constantly sick but there were few answers why.

He often wheezed and had shortness of breath. Simple things like crying, eating and talking triggered vomiting. There were bouts with pneumonia. Doctors thought asthma and a weak immune system were to blame, and breathing treatments temporarily seemed to help.

But right after Thanksgiving in 2015, when Landyn was 4 years old, a chest X-ray at an urgent care clinic prompted the doctor to refer the Battle Creek-area family to a heart specialist in Kalamazoo.

When medication didn’t work, Landyn was transferred by ambulance to University of Michigan’s C.S. Mott Children’s Hospital. Doctors at the Congenital Heart Center diagnosed Landyn with congenital heart condition restrictive cardiomyopathy, which was undetected at birth. His heart muscles were able to squeeze blood out to the rest of his body, but unable to relax enough to let blood back in. As a result, blood had started to back up into his lungs.

With every milestone, “we think about how far we’ve come and where we once were and that we aren’t promised every day.”

“They told us his heart wasn’t working the way it was supposed to and that he needed a new one as soon as possible,” Dalek says. “I lost it. We went from thinking we had a mostly healthy little boy with some asthma problems to hearing he had a heart problem so serious he’d need a heart transplant to live. It was terrifying.”

Landyn spent the next 177 days at Mott, including Christmas and his fifth birthday, waiting for a heart where Dalek says they became “like family” with hospital teams.

Then one night in March, a charge nurse woke Dalek up to give her big news: Landyn had a heart.

“I asked her to repeat what she said and then bawled like a baby,” Dalek says.

After two months of recovery from the transplant surgery, Landyn could finally go home.

“When you’re in that situation where you need someone else to be selfless in their worst time to save your child’s life, it puts into perspective how serious the decision to be an organ donor is,” Dalek says. “Landyn had no other options besides a heart transplant. Because of this gift, he gets another chance to live life to the fullest. It’s why he’s here.” 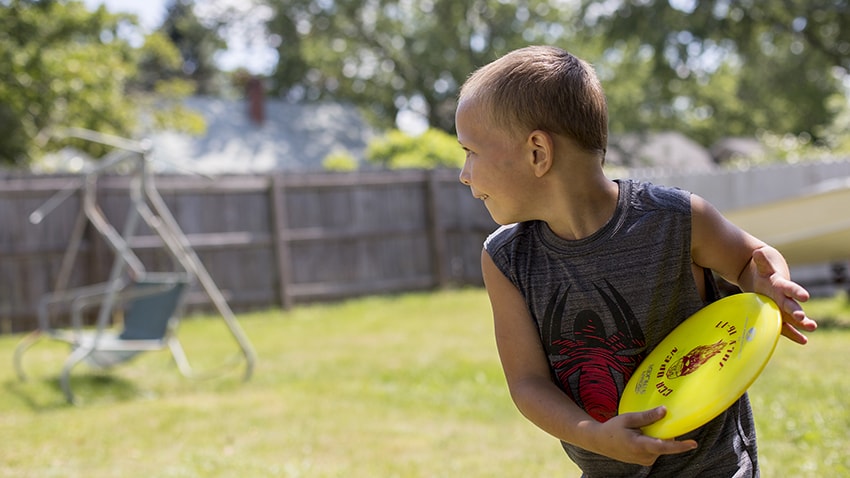 Landyn is enjoying “just being a kid,” says his mother.

Today, Landyn is “full of life,” enjoying fishing, playing with friends and cousins, riding his bike and sometimes even boasting about the zipper scar on his chest, his mom says. Although he missed most of preschool because of his health, he now loves school and is looking forward to new adventures in first grade this year.

With every milestone, “we think about how far we’ve come and where we once were and that we aren’t promised every day,” Dalek says, adding, “There were days he was so sick I wasn’t sure I’d ever be able to leave the hospital with him.”

His caregivers at Mott describe Landyn as playful and spirited, recalling times he’d challenge them to Nerf gun fights or how he nicknamed his pediatric cardiologist, Kurt Schumacher, M.D., “Dr. Hulk” because of their shared love for superheroes and the Incredible Hulk.

“Our goal is for patients to have no limitations after transplant,” Schumacher says. “Landyn is as active as a child can be, living a full and happy life, which is what we hope for.”

But a transplanted heart comes with its own risks of developing disease in the future, Schumacher notes.

Nearly 1 in 100 babies are born with congenital heart disease, underscoring the need for ongoing research to better treat patients long term and to someday find effective alternatives to transplants.

“Congenital heart conditions are the most common birth defect we see in the country,” Schumacher says. “We have come a long way in treating pediatric heart disease, but we still don’t have a perfect treatment for some conditions or preventing diseases that can develop after a transplant.

“Research is the only way we are going to learn how to do it better.”