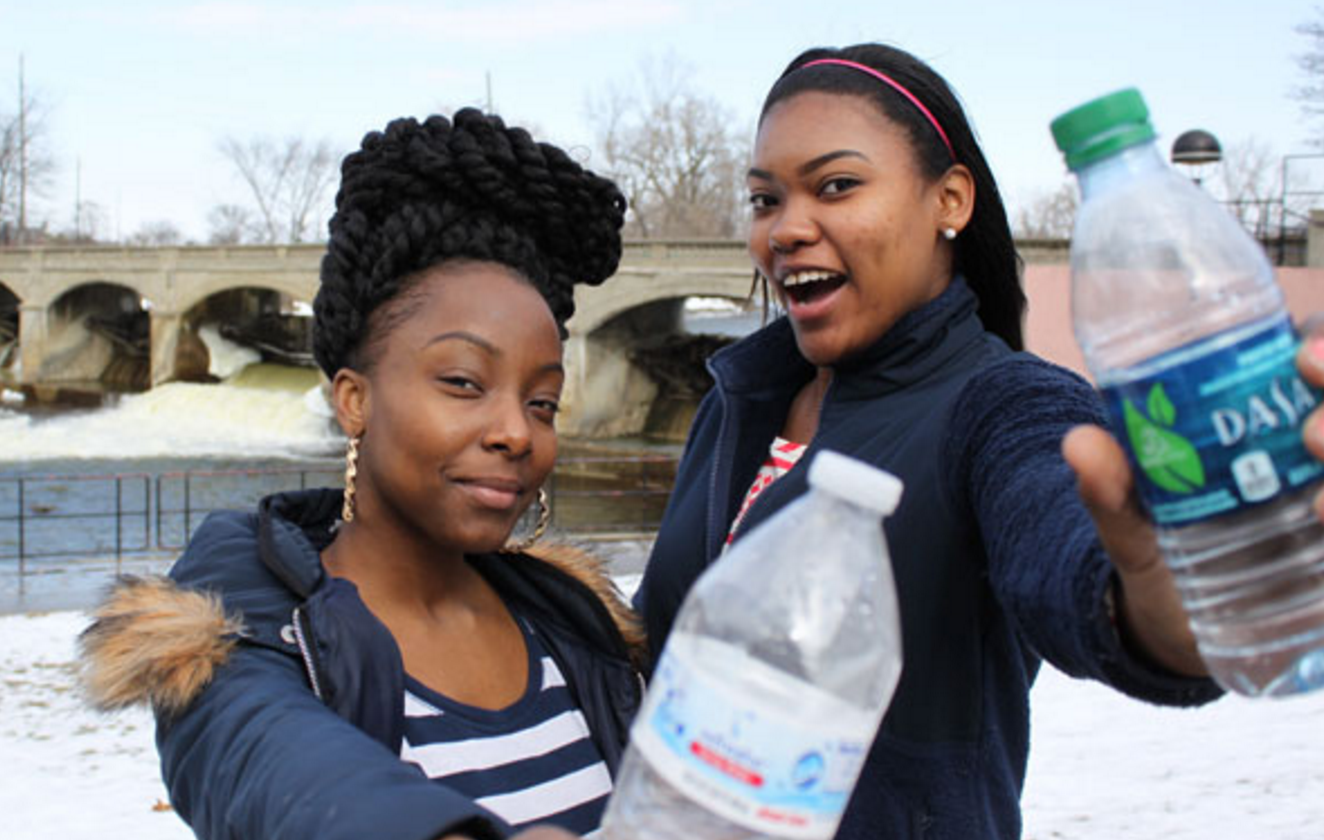 A UM-Flint student and an alumna have teamed up for a creative expression project on the Flint water crisis using water bottles and caps.

UM-Flint senior Rhonda Jones often expresses herself artistically by drawing and painting. But the studio art major decided recently to push herself in new directions as her response to the water crisis.

Jones has been collecting water bottle caps this semester to create a large mural that focuses on the water issue. She has teamed up with alumna Brittini Ward who will create an art installation with water bottles. Together, their art initiatives are coined Bottled Emotions.