Using fire, logging to recreate a century of forest history at the U-M Biological Station 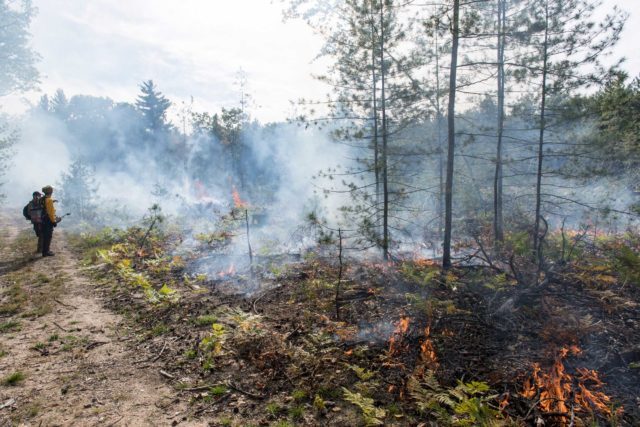 As flames leap from piles of dead pine branches and dense grey smoke billows into cloudless skies over the University of Michigan Biological Station, you can almost imagine what it was like here a century ago, after the land was stripped of its timber and a series of wildfires swept through, leaving behind a charred, denuded moonscape.

On an unseasonably warm day in October 2017, a fire crew and U-M researchers attempt to approximate, on a tiny scale, the epic lumbering and wildfire disturbances that transformed the forest here — at the northern tip of Michigan’s Lower Peninsula — and throughout the Upper Great Lakes region.