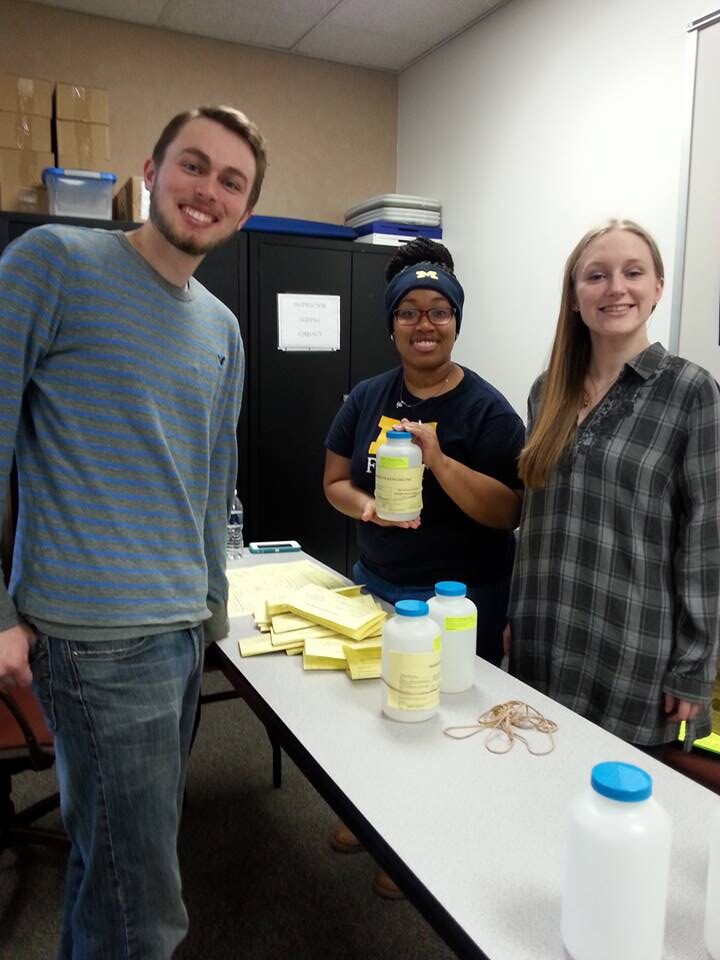 Under normal circumstances, midterms and research papers would be the biggest of Torrey Moore’s concerns.

As a senior psychology major at the University of Michigan-Flint, Moore has two semesters to finish before he earns his bachelor’s degree in psychology. But since the emergence of the city’s water crisis, he has become most concerned with improving the living conditions for himself and those around him.

“I’ve lived to Flint for 15 years and I never would’ve thought it would come to this,” he said.

Like many other UM-Flint students, staff and faculty members, Moore sprang into action trying to find ways to volunteer, and he found an opportunity thanks to his communications and visual arts professor, Anthony McGill.

McGill is known in the Flint and Genesee County region for his civic engagement and volunteer efforts, having dedicated hundreds of hours to more than 40 nonprofit groups in the last five years alone.

“When the water crisis first hit, I wanted to find some way to contribute to help fix the problem. We searched for ways to help, but it was such chaos because everything hit hard at once. Ultimately, we got in contact with some people who set us up with some opportunities with the American Red Cross,” McGill said.

Moore, McGill and about a dozen other members of the UM-Flint community spent hundreds of hours delivering water, assembling lead test kits and organizing the Red Cross warehouse during water drop-off times.