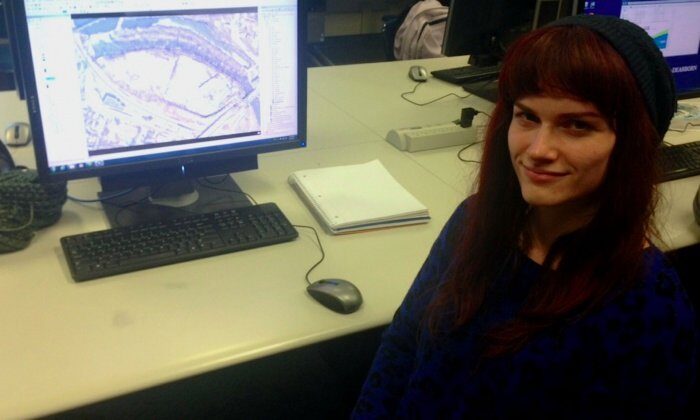 UM-Dearborn senior Kelly Williamson sifted through nearly 100 years of history about the land that once housed a DTE Energy plant in Ann Arbor, a site along the Huron River near Broadway Street.

The goal is to gather information on whether water could pose a risk on building there. Williamson planned to use Geographic Information Software and other data sources to update an old map of the area’s floodways.

DTE Gas and its predecessors have operated industrial facilities at the property since 1900. The service center was closed in 2009 and the building was dismantled in a process known as “deconstruction,” which resulted in most of the material being reused or recycled. DTE has added a park, but would like to add additional structures to the site. However, the Federal Emergency Management Agency classified the area in the 1980s as a High Risk floodway area, which means it is unsuitable to build on.