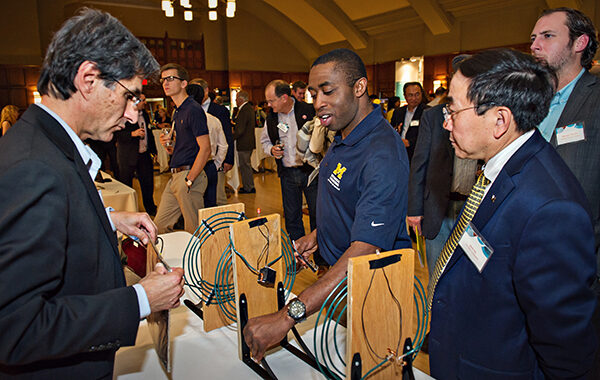 University of Michigan researchers reported 444 new inventions in fiscal year 2017 — up from last year’s 428 — and the fifth straight year of more than 400 inventions from U-M faculty.

U-M Tech Transfer also had a record 172 U.S. patents issued in FY ’17, up from 135 in the previous fiscal year. It also signed 173 license and option agreements with companies seeking to commercialize the discoveries of university researchers in the past fiscal year — equal to the record set in FY ’16.

“The continuing success of our faculty and technology transfer reflects the relevance of our research to real-world applications that can benefit the public,” said S. Jack Hu, vice president for research, whose office oversees U-M Tech Transfer.