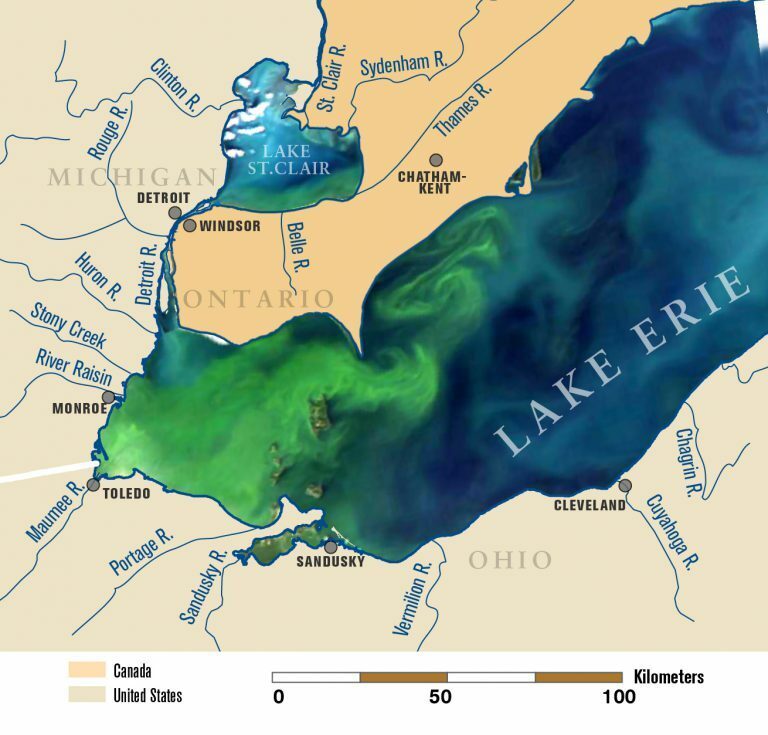 University of Michigan researchers are part of a new, federally funded effort to understand and prevent toxic algal blooms that plague portions of the Great Lakes and impact freshwater sources around the world.

A new Lake Erie Center for Fresh Waters and Human Health is led by Bowling Green State University and was founded with a $5.2 million federal grant. The center is expected to energize and expand research on harmful algal blooms that pose a threat to the health of humans and wildlife.

As part of the effort, two U-M researchers will lead a project to discover and characterize previously unknown toxins in Lake Erie cyanobacterial blooms that may threaten human health, as well as compounds that could serve as sources of new medicines.