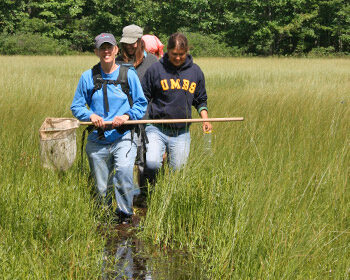 The property is situated roughly a mile southeast of the Douglas Lake campus. It contains Smith’s Fen, a wetland that U-M Biological Station researchers have been studying for more than a century. They have documented at least 5 species of frogs and salamanders that breed there, the presence of all known species of freshwater sponges native to Northern Michigan, and two species of diatoms that have been found nowhere else on earth.