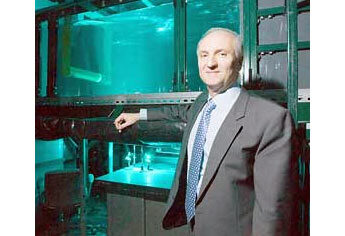 A U-M engineer developed a device that works like a fish to turn potentially destructive vibrations in fluid flows into clean, renewable power. That device – first tested in 2010 – could be returning to the St. Clair River.

Vortex Hydro Energy is about six months into a three-year preliminary permit from the Federal Energy Regulatory Commission to study placing a patented hydrokinetic power generating device in the St. Clair River.