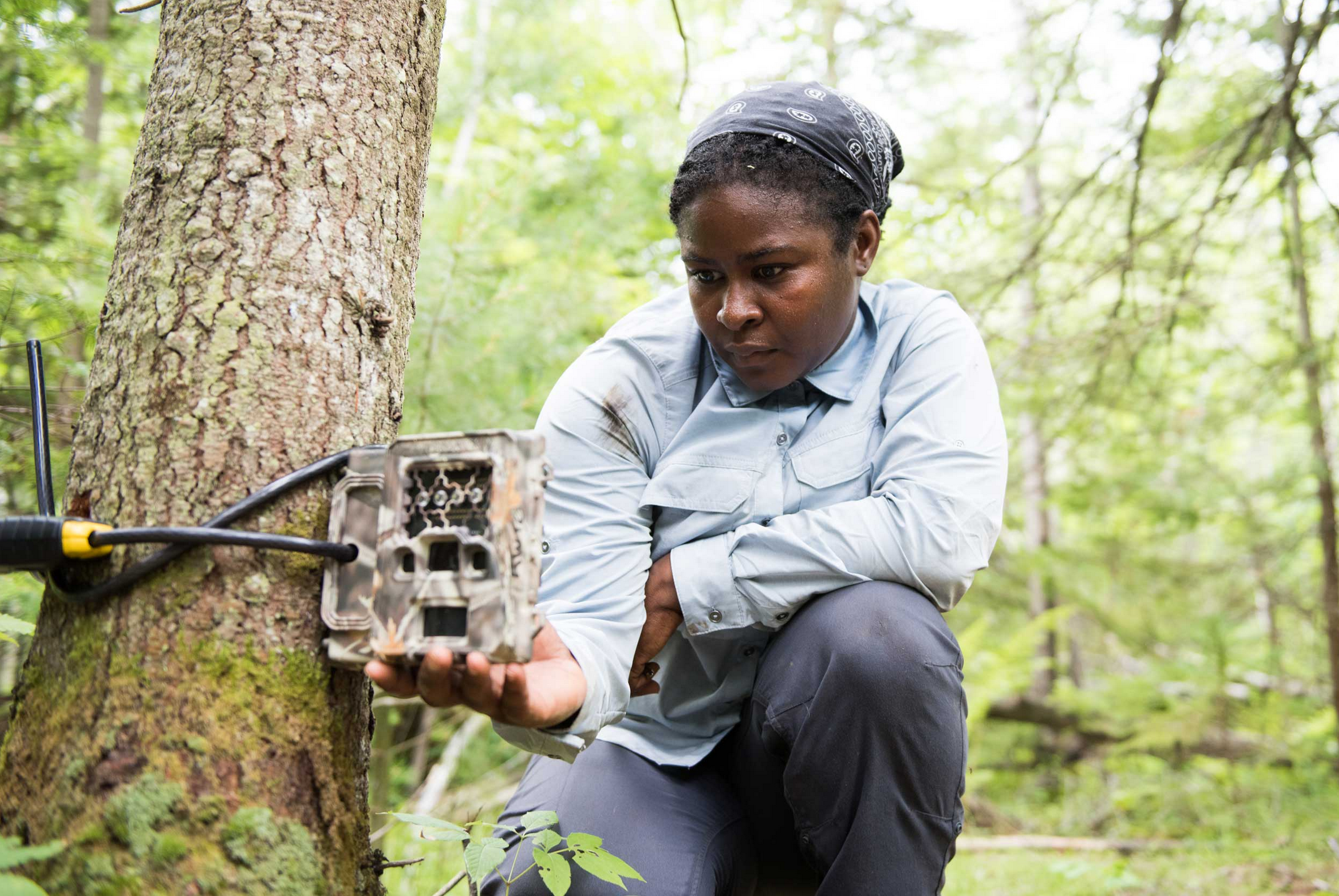 University of Michigan wildlife ecologist Nyeema Harris and graduate student Corbin Kuntze perform their research deep in the woods in the southeast corner of the U-M Biological Station.

Harris is working on the largest camera-trap study ever conducted of Michigan wildlife, capturing the animals’ images using motion-triggered cameras stationed at strategic locations in the 10,000-acre Biological Station near Pellston, at the Shiawassee National Wildlife Refuge near Saginaw and in the Upper Peninsula.

The three-site wildlife survey uses about 150 digital cameras that will yield hundreds of thousands of snapshots. A fourth site is planned for Detroit to track urban wildlife in city parks next summer.