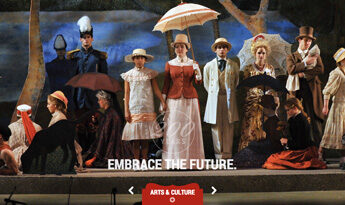 The 2017 bicentennial will recall U-M’s remarkable past, and serve as fresh inspiration for its future, say university officials as they establish an office devoted to the celebration.

In October, President Mary Sue Coleman named Gary Krenz executive director of a newly created Bicentennial Office. She also announced the formation of the Bicentennial Advisory Committee, which will report to the president.

“Michigan’s impact on creating and advancing disciplines, on research and scholarship, on public higher education, and on society, is singularly impressive. The bicentennial compels us to rediscover this impact, tell it, and celebrate it,” says Coleman.

U-M is one of the oldest public universities in the United States. Bicentennial organizers will focus on the university’s commitment to diversity and inclusion, its deeply embedded sense of public mission and its pursuit of art, knowledge and the truth.