Students in Escanaba learn about accepting differences in others 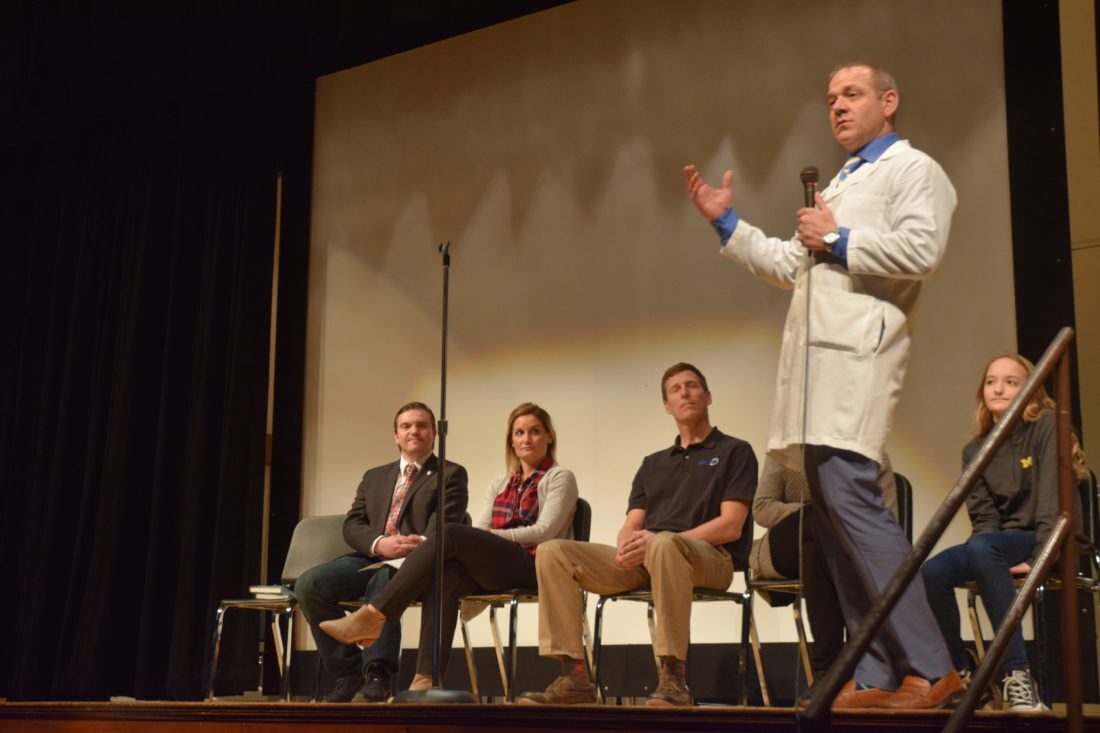 Representatives from the C.S. Mott Children’s Hospital at the University of Michigan visited Escanaba Upper Elementary in November. The group of physicians, along with local representatives and doctors, presented on dealing with being different and how to accept those who may not look like others.

The visit concluded the EUE fifth grader’s study of the New York Times bestselling book, “Wonder,”which was recently made into a movie. The book showcases a fifth-grader with Treacher Collins syndrome and a cleft palate, who is entering public school for the first time. The syndrome and cleft palate make Augie appear to be different from the rest of the students.

Dr. Steven Kasten, a plastic surgeon at C.S. Mott Children’s Hospital, discussed the many surgeries he has encountered over his career at the facility, as well as the variety of services offered to patients.