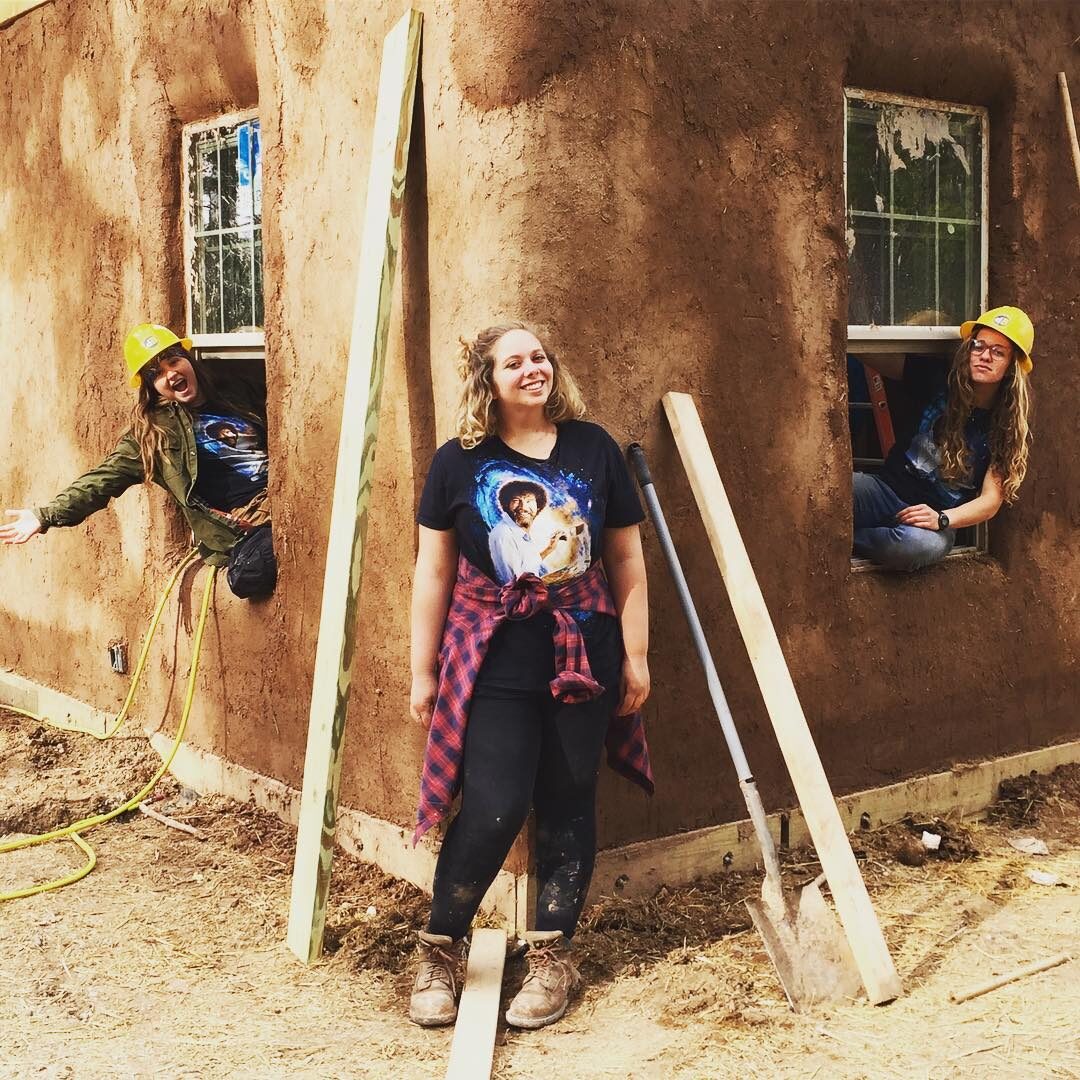 A lot of courses claim to be hands-on, but for students in Professor Joseph Trumpey’s Green Building class, it’s no exaggeration.

That’s because Trumpey’s course, which is cross-listed in LSA’s Program in the Environment and Art & Design, required students to apply the information and skills they learned about sustainable building practices to construct a brand-new building at the U-M Biological Station in Pellston by themselves.

“Students are anxious to engage in hands-on learning,” says Trumpey.

During the Winter semester, Trumpey’s students explored how conventional “green” and natural building methods environmental impacts compared. They visited several sustainably built structures in Southeastern Michigan, and they learned how to safely use tools.

During the month of May, Trumpey’s class put their new skills to work by breaking ground on the Straw Bale House at the Biological Station, the first student-constructed official U-M building in 100 years.

From sunup to well after sundown, the crew worked six days a week working on everything from the foundation to three heavy coats of earthen plaster. They raised posts and beam, trusses, installed the roof, windows and doors and a large wrap around deck. They milled lumber for the project using logs Trumpey salvaged from U-M’s Ann Arbor campus. They also installed their own handmade ceramic tiles.

The class proudly noted that they were the first majority women crew to build any building in U-M’s history.

“Students were excited that they would make something of value that potentially has a very long-life span,” says Trumpey. “They learned that it is possible to have buildings that are constructed around a set of sustainability values that resonate with their own values, and they developed a keen eye to critique a building based on how it relates to its site, the sun, energy, people, materials, and its carbon footprint.”

The Straw Bale House, U-M’s first fully off-grid and solar-powered building, held its opening festivities on May 28, 2017, and was attended by dozens of appreciative members of the Ann Arbor and Northern Michigan communities.

“It was inspiring to see the students’ passions develop and their dedication to the project,” says Trumpey. “They learned the pride that comes from making something. They developed a strong relationship with each other and also with the building. They developed myriad new confidences—everything from hammering, power tools, team work and communication to thinking larger than they had before.”