Coastal Care: Researchers work with communities to shore up effects of erosion 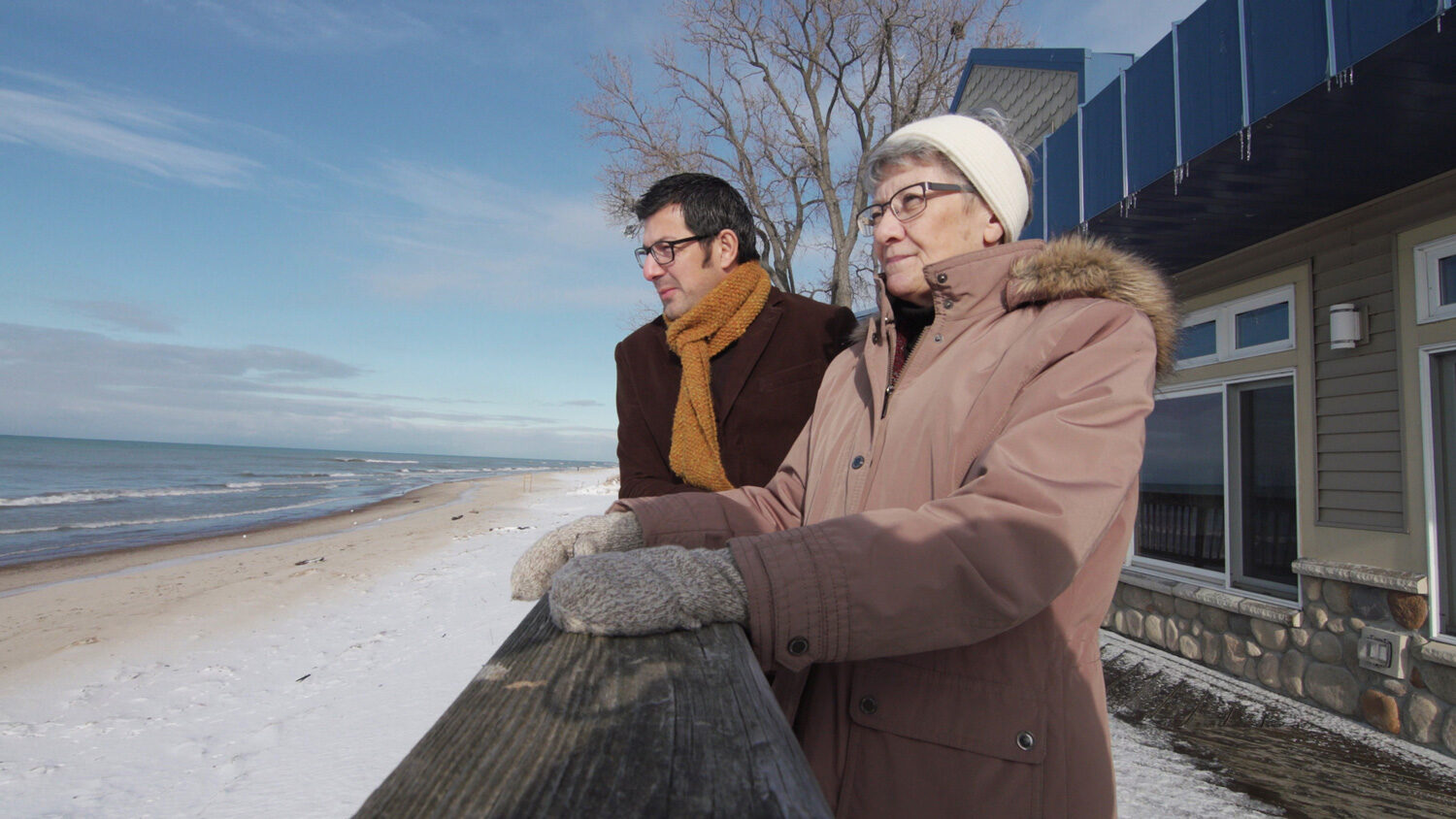 BRIDGMAN, Mich.—Mayor Hannah Anderson, a fifth-generation resident, remembers the thrill of sledding down from the sand dunes above Weko Beach right onto frigid Lake Michigan with her friends on winter days in the 1950s.

“When I was growing up, there was nothing down there but sand, the lake, dunes and this little, dilapidated old building we affectionately called our beach house,” she said.

By the 1960s, things started to change for Bridgman, a small lakeside town in Michigan’s southwestern-most county: A road was paved to the lake, the beach house was expanded and a parking lot soon followed. In the 1980s, high water had city officials sandbagging the beach house and trying to protect the beach with boulders.

“Over time they realized that putting the rubble in makes things worse,” she said.

Shoreline erosion also has affected an old boat ramp on the beach. The city shells out $8,000 a year to add gravel to set and stabilize it, and that seems like a waste to Juan Ganum, Bridgman’s city manager. City officials are considering getting rid of the ramp.

“Gravel costs are the most painful because the wind and wave action continuously take what we deposit,” Ganum said. “Essentially, it’s like throwing money into the water.”

Several lake towns along the state’s western edge have faced even more costly damage to their beaches and structures because of fluctuating Great Lakes water levels. For example, in New Buffalo, severe shoreline erosion has cost private homeowners more than $7 million for repairs and resulted in one house demolition.

University of Michigan researchers are part of a program that trains local officials in coastal management and helps them better understand the threats posed by climate change and building in floodplains. They conducted three training sessions in Bridgman in November and plan to offer the sessions in Traverse City early next year. 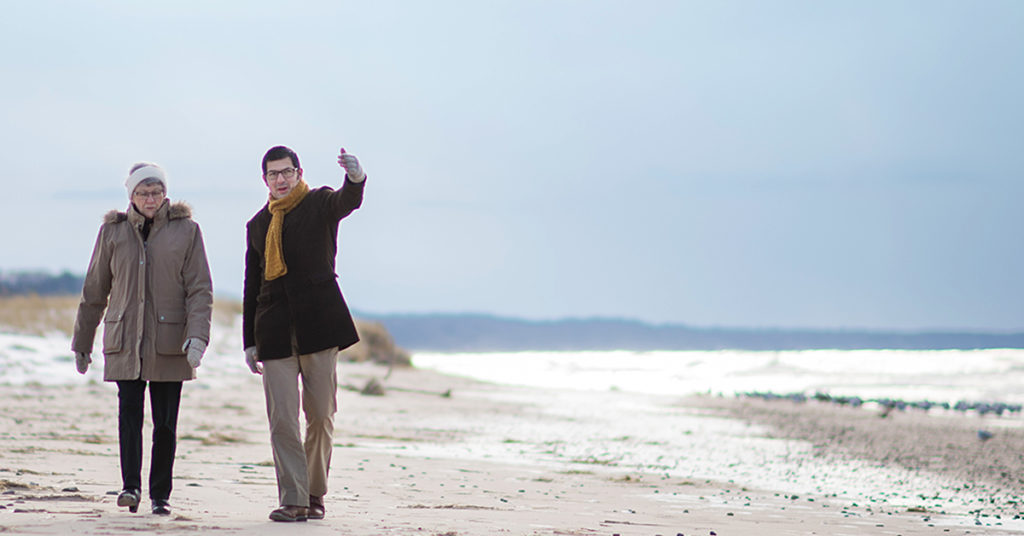 The training aims to preserve the shorelines and beaches of the Great Lakes where many have childhood memories of playing on sand dunes and in the lakes while on family vacations. Visitors to Michigan spent nearly $24 billion last year and hitting the beach or waterfront were among the top five activities on an overnight trip to Michigan, according to a report prepared for the Michigan Economic Development Corp.

Richard Norton, a professor of urban and regional planning at U-M’s Taubman College of Architecture and Urban Planning, and a team of researchers from many fields have developed a range of scenario-based planning methods to help Great Lakes coastal communities make land use and development decisions with fluctuating water levels and increasing storms.

“The shorelines of Lake Michigan are slowly eroding landward, according to some estimates by as much as one foot per year on average,” Norton said. “This process is remorseless and irreversible.”

“Mother Nature definitely has a mind of her own. You can’t stop her, but you can plan for it.”

In the training sessions, the researchers help local planners analyze shore dynamics, potential fiscal impacts, environmental vulnerabilities, and other land use impacts. They developed a variety of regulatory and infrastructure policy options that local governments could consider adopting to better protect their coastal areas and to address challenges related to changing Great Lakes water levels.

Their coastal management knowledge has been shared through 50 public presentations in communities along the west side of the state including Grand Haven, Grand Haven Township, Ludington, Pere Marquette Township, Hamlin Township, St. Joseph and Bridgman during the past three years. The presentations were attended by a mix of city officials and homeowners.

“The Great Lakes are dynamic systems and we’ve gotten away with not thinking about them because water levels were low,” Norton said. “Now, several communities have seen damages from rising water levels. There are stretches along Lake Michigan where the beaches are gone.”

That has local officials concerned and wondering about how to manage their coasts, which can be challenging because of the uniquely dynamic nature of the Great Lakes system. Although the Great Lakes are not tidal, their water levels fluctuate substantially, rising and falling over periods of years or even decades and reshaping beaches in the process.

For example, the report indicates that the city of Grand Haven faces some development pressure with demand for new or retrofitted single-family homes.The city’s primary concerns related to their shoreland areas are related to stormwater management and water quality protection, the encroachment of coastal homes too close to Lake Michigan and development in high risk flood areas.

Researchers detailed a number of actions and policies that Grand Haven could adopt to address the concerns including:

The city requires that homes in the North Shore area be set back at least 25 feet from the lot line closest to the lake. Over time, the requirement would allow new homes to slowly creep closer to Lake Michigan while erosion continues to move the shoreline inward.