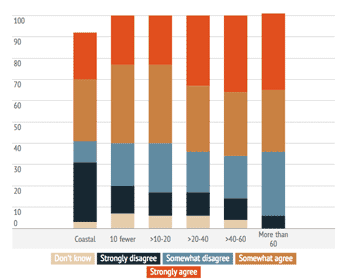 Holding about 20 percent of the world’s freshwater, the Great Lakes in many ways help define Michigan and play a large role in the state’s history, economy, land use, climate, transportation systems and more.

Responding to recent calls for cultivating a “blue economy” in Michigan would significantly promote the role of the lakes in the state’s economic policy, say experts in U-M’s For School of Public Policy. But while nearly all of Michigan’s local leaders see the Great Lakes as a valuable economic resource for the state, some don’t see it that way for their own jurisdictions, according to a survey by the Ford School.