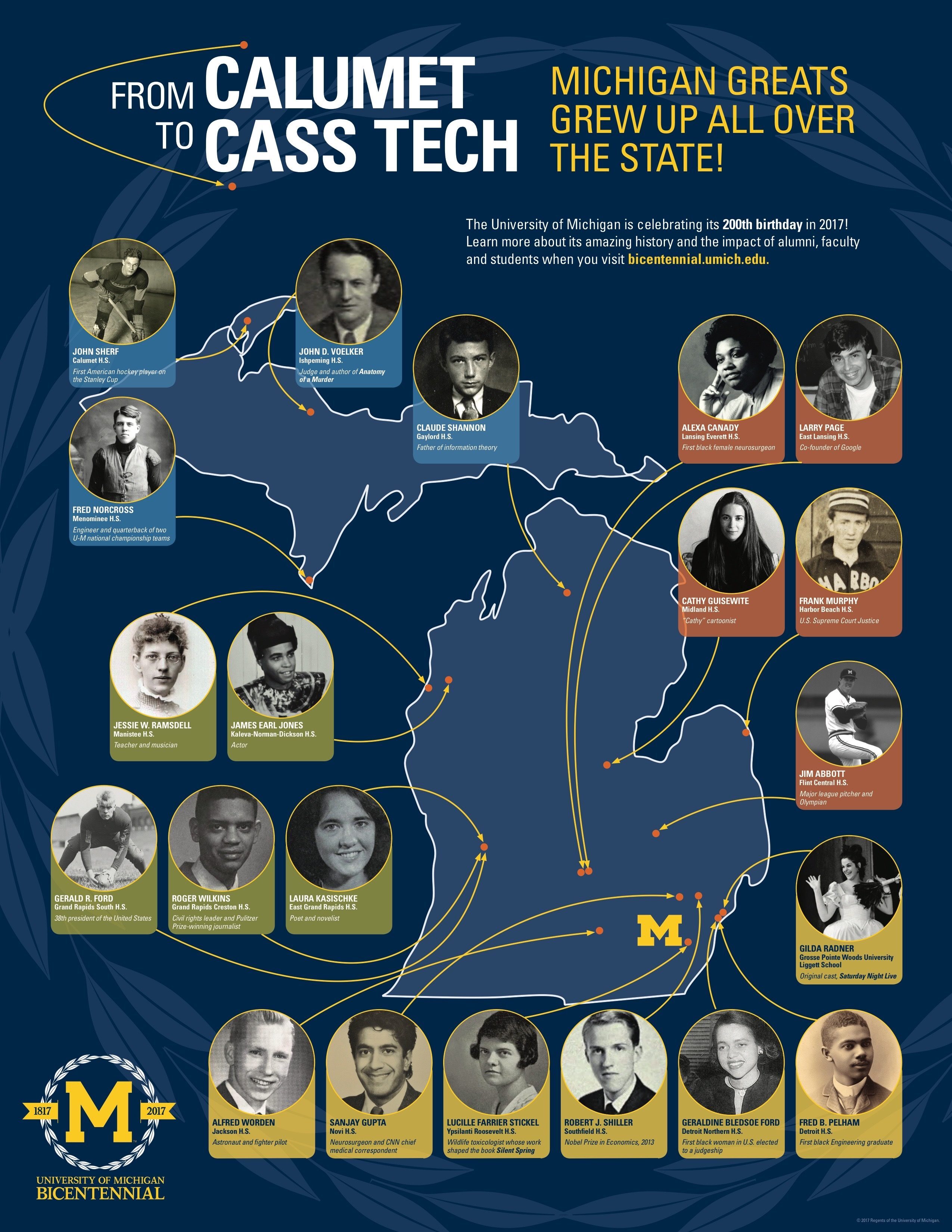 A new poster created by the University of Michigan’s Bicentennial Office displays how, from Calumet to Cass Tech, U-M alumni greats grew up all over the state.

“I love the poster and being able to show my students that we do indeed have many people to be proud of in Michigan,” said Susan Jordan, department chair and instructor at Battle Creek’s Central High School.

Notable alumni featured include Robert Shiller, 2013 Nobel Prize winner in economics hailing from Southfield High School; Claude Shannon, recipient of two U-M bachelor’s degrees in 1936 who went on to become a mathematician, electrical engineer and cryptographer known as “the father of information theory” from Gaylord High School; and Laura Kasischke, a poet and novelist from East Grand Rapids High School who now is the Allan Seager Collegiate Professor of English at U-M.

The first African-American female neurosurgeon, Alexa Canady, hails from Lansing Everett High School and earned both her bachelor’s and medical degrees from U-M.

Gerald R. Ford, 38th president of the United States, grew up on the west side of Michigan at Grand Rapids South High School. He played multiple positions on the university’s football team and helped the Wolverines in two undefeated seasons and national titles in 1932 and 1933.

To learn more about U-M’s history and the impact of alumni, faculty and students, visit bicentennial.umich.edu.