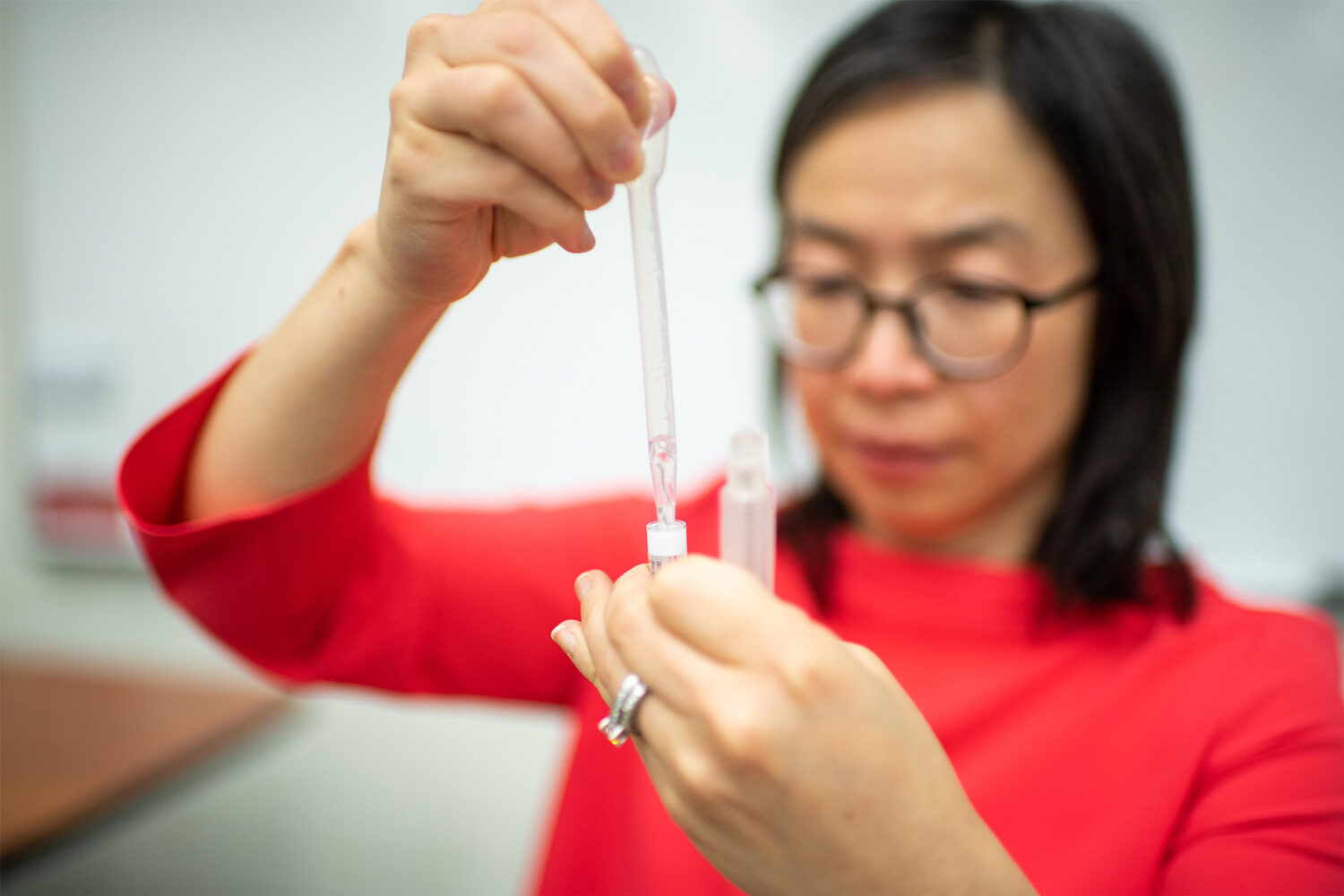 ANN ARBOR—Staff at the Shelter Association of Washtenaw County began noticing an upswing in clients overdosing in the bathrooms in 2013. 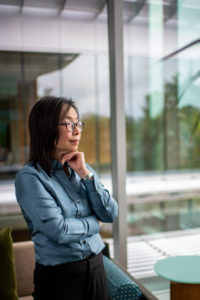 What, the staff wondered, could be done to curb this potentially deadly problem? With help from Chin Hwa (Gina) Dahlem, a clinical assistant professor at the University of Michigan School of Nursing, the shelter association became the first homeless shelter in Michigan to complete Dahlem’s training program in administering naloxone, the antidote that reverses opioid overdoses.

Since then, Dahlem, also a nurse practitioner at the shelter, has delivered her naloxone training program to more than 1,700 employees in police departments, community agencies, schools and members of the public in Southeastern Michigan, and delivered as many naloxone kits, with more than 250 overdose saves from law enforcement agencies in Lenawee, Washtenaw, Livingston and Monroe counties. 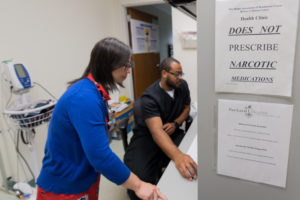 Dahlem believes U-M is in a unique position to help fight the opioid epidemic, with its cadre of researchers and health professionals coordinated by the newly created Opioid Solutions, a campuswide network for opioid-related educational and research activities.

Shane Bynum, a Washtenaw County Sheriff’s Office deputy, underwent Dahlem’s training just one week before this call crackled over his radio: An opioid overdose, just east of him. He rushed over.

“I administered the naloxone to him, pulled him out of the bathroom and put him in the recovery position,” Bynum said. “While I was waiting for the ambulance, he began to come to.

“I’d say 90 percent of the deputies have saved someone. It’s happening all over. We’re seeing it in every community. Addiction has no gender, race or age limit.” 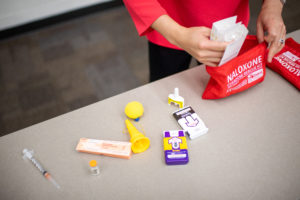 Opioid addiction can happen to anyone. Opioids slow breathing, and during an overdose breathing stops, which can cause brain damage, organ failure and death. Naloxone has been used since 1971 to reverse respiratory depression associated with an opioid overdose.

Heroin, which is cheaper and sometimes easier to access than prescription painkillers, is becoming more popular with teenagers, said Christopher Imperati, assistant campus safety director at Concordia University. With this in mind, he reached out to Dahlem, and liked the idea of her train-the-trainer course.

“We’re hopeful we never have to use it, but we want to feel prepared and be prepared,” he said. 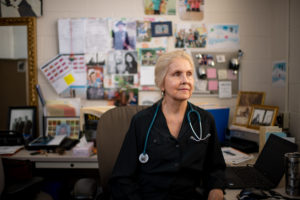 “Too many people in Lenawee County are dying because of opioid overdoses,” said Markle, who, like Bynum, says victims come from all locations and backgrounds.

This touches on a critical component of overdose prevention––making naloxone widely available in public places and teaching laypeople and nonfirst responders how to use it.

“We know that the majority of overdoses occur in private homes, so in essence the real first responders are family and friends who call 911 in the event of an overdose,” Dahlem said.

But there’s also a growing trend to take drugs in public places, where there’s a better chance of being found in case of an overdose. This means regular citizens could administer naloxone. 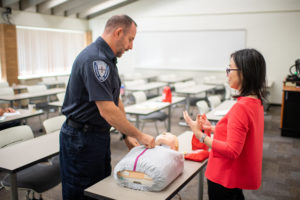 To that end, Dahlem and the U-M School of Nursing are collaborating to create a web-based naloxone training for first responders and laypeople, which will be available by end of the year. Other partners include Community Mental Health Partnership of Southeast Michigan in association with Project S.T.O.P. (Strategies Targeting Opioid and Prescription Drug Abuse), Home of New Vision and the Washtenaw County Sheriff’s Office.

“There are a lot of fears regarding administering medication when you’re not a health professional,” said Dahlem, who works hard to debunk some of the common myths about overdose and to de-stigmatize addiction.

During her training sessions, she discusses symptoms of overdose—abnormal or slowed breathing, blue lips and fingernails, unresponsive to pain—and provides access to a CPR mannequin for trainees to practice an overdose scenario.

“For some people, their life has been turned around because someone used naloxone, and this is (the start) in their journey to recovery,” Dahlem said. “We don’t know when that moment may be for someone struggling with an addiction, but the message we share is that dead people do not recover.”