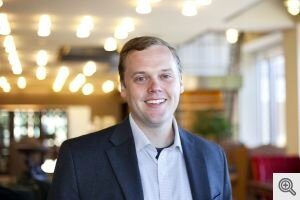 In a step that bolsters the region’s strong driverless technology development ecosystem, U-M will be collaborating with Toyota in the automaker’s plan to establish a major autonomous vehicle research base in Ann Arbor.

Part of the corporation’s $1 billion investment in the Toyota Research Institute, the Ann Arbor facility will be Toyota’s third such hub in the U.S. It joins others established recently in Palo Alto working with Stanford, and in Cambridge with MIT.

The Ann Arbor location opened in June. There, Toyota will fund research in artificial intelligence and robotics to support fully autonomous, or chauffeured, driving and to accelerate scientific discovery in materials science.