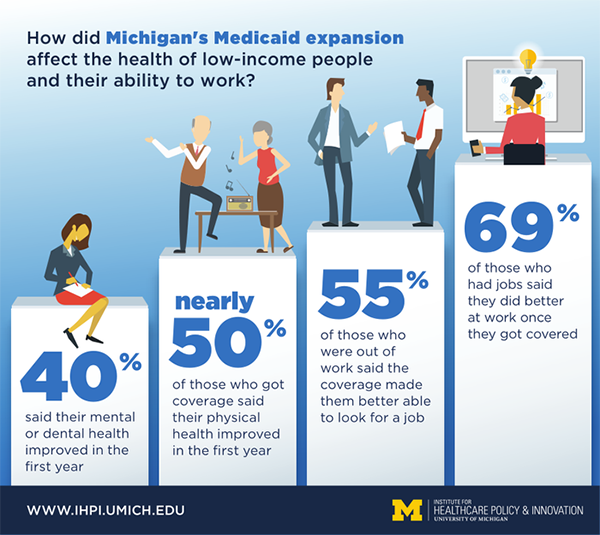 Most low-income Michigan residents who signed up for the state’s expanded Medicaid program say that within the first year, their new health insurance helped them do a better job at work, or made it easier for them to seek a new or better job.

That’s on top of the positive health effects they also cited, according to a University of Michigan study. In all, 69 percent of respondents who had jobs said they did better at work once they had health insurance under the Healthy Michigan Plan, the name of Michigan’s Medicaid expansion under the Affordable Care Act.