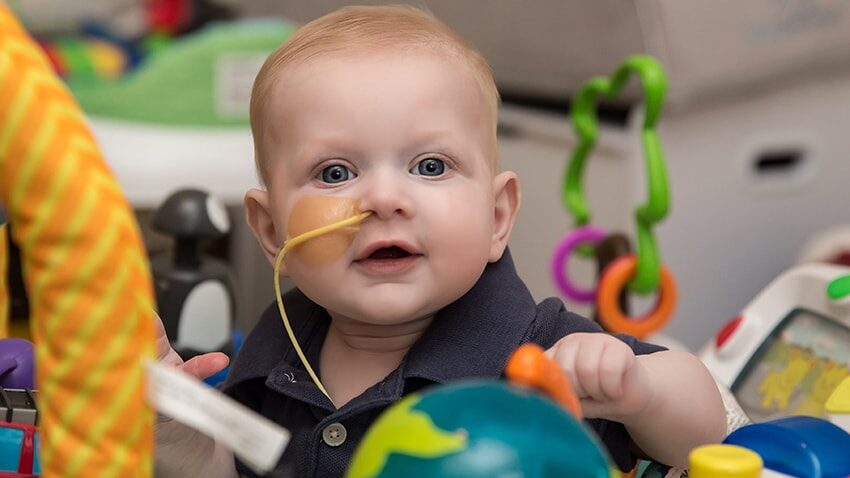 Five hours after Elias was born, he turned beet red from head to toe.

His parents, Evelyn and Antonio Argirokastritis from Macomb, were told not to worry. That it was most likely an allergic reaction or a bad case of eczema. But as the days went by, Elias broke out into pimple-like rashes, and his skin started peeling off his body “like a horrible sunburn,” Evelyn says.

“The doctors were at a loss. We knew something was really wrong and that we had to get him to the right place,” Evelyn Argirokastritis says.

At 3 months old, Elias was transferred to University of Michigan C.S. Mott Children’s Hospital, where he had several tests. The result: Fungus was growing in his lungs. His white blood cell count was abnormally high. And the baby boy was fighting three viruses and three bacterial infections.