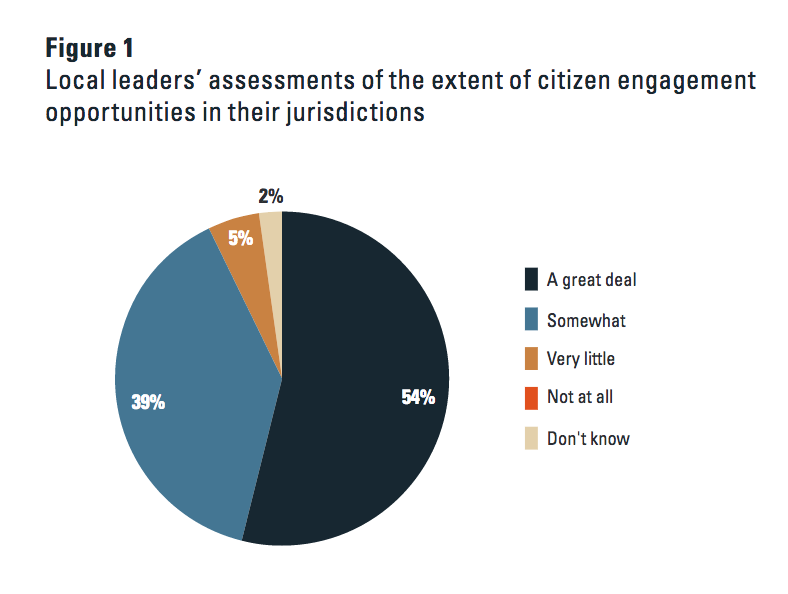 Increasing numbers of Michigan’s local government leaders want citizens to play a more active role in local governance, according to a recent survey from the University of Michigan.

Local leaders also reported that their citizens are less engaged with their city, township or county than they once were.

The data come from the Michigan Public Policy Survey, a biannual poll of Michigan’s 1,856 local governments conducted by the Center for Local, State and Urban Policy at the Gerald R. Ford School of Public Policy. The fall 2016 survey received a 71 percent response rate with results from 1,315 jurisdictions.

While 2017 has seen a significant increase in civic engagement at the national level — with more marches, demonstrations, and calls to Congress — this survey focused on local engagement, such as attending city council meetings, commenting on community issues, and reaching out to local government administrators to share information and ideas.