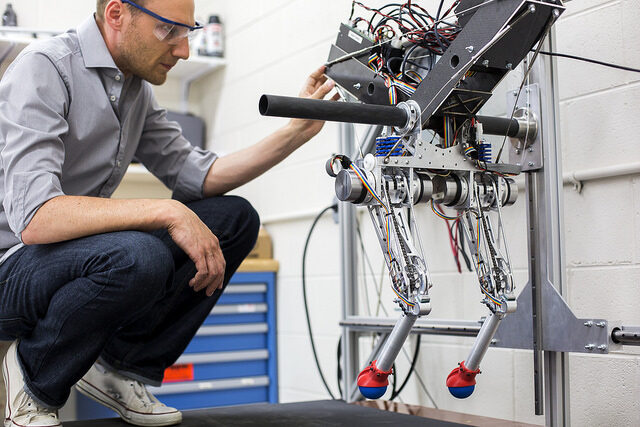 A $54 million robotics center at U-M will help advance the field as researchers say it’s reaching a tipping point—poised to deliver autonomous technologies that are woven into our everyday lives. Across U-M’s campus, more than 40 faculty members from at least six engineering departments, kinesiology and the medical school are working in the field.

They’re making prosthetic limbs that could one day be controlled by the brain; spacecraft to study the solar system and the Earth; autonomous submarines that can map the ocean floor or inspect Navy ship hulls for dangerous mines; as well as a host of walking machines inspired by insects, crabs and humans that have the potential to eventually assist search or rescue tasks. U-M is the birthplace of MABEL, the world’s fastest-running robot with knees. Of late, some of the most renowned work is in the area of self-driving cars, and the building will help advance that work.