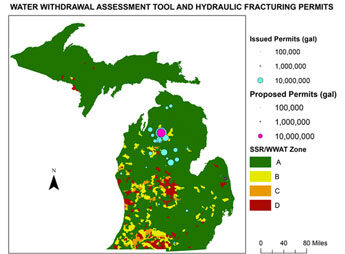 “The rules that took effect in March regarding high-volume hydraulic fracturing were developed while key decision-makers from the state were participating in the first phase of an integrated assessment by the University of Michigan’s Graham [Sustainability] Institute,” Snyder said during a March speech on energy policy.