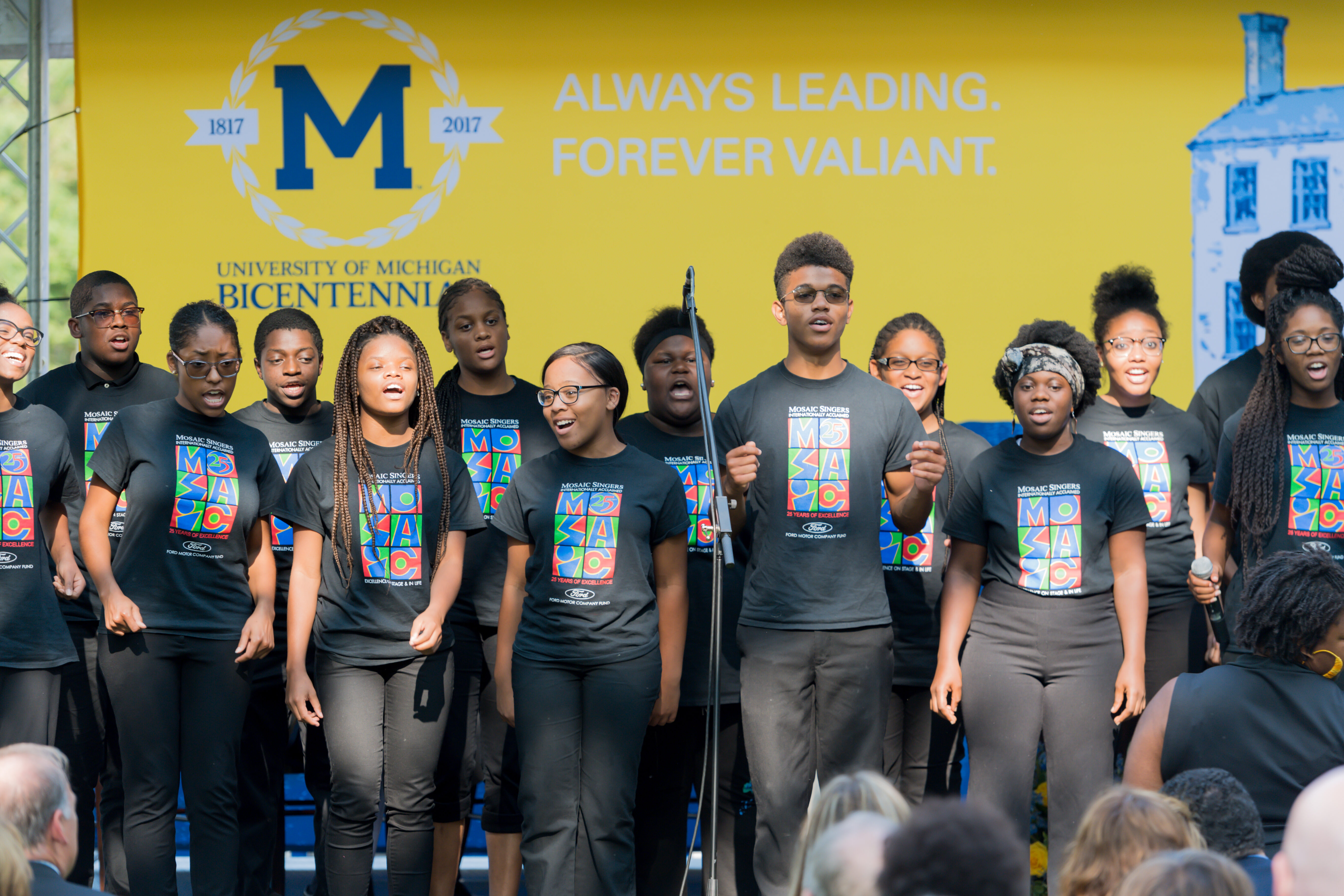 The University of Michigan’s Detroit Festival honored U-M’s historical roots in Detroit and renewed its continuing commitment to the Motor City. The festival consisted of three events: an educational seminar focused on Detroit’s future, a formal ceremony commemorating the university’s founding and a bicentennial party.