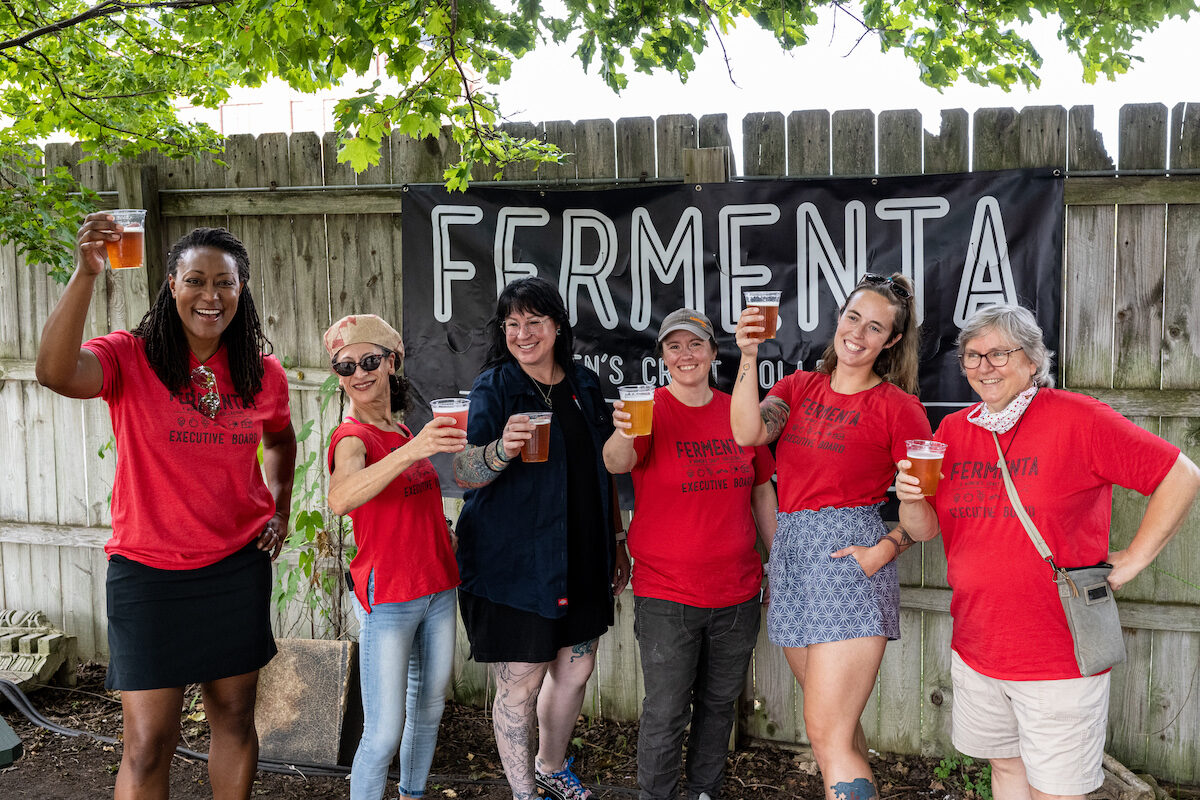 PETOSKEY, Michigan—Emily Hengstebeck says she’s “living the brilliant beer adventure life,” thanks in no small part to Fermenta, a brewing and spirits advocacy group co-founded by a University of Michigan alumna.

“Fermenta gave me the confidence to go after it and confirm for me that it could be a career as well as a lifestyle.”
~ Emily Hengstebeck, head of sales at Beards Brewery, Petoskey

Hengstebeck heads sales at Beards Brewery in Petoskey now. But back in 2014, when she was just getting started in the industry, she heard about Fermenta from a friend. 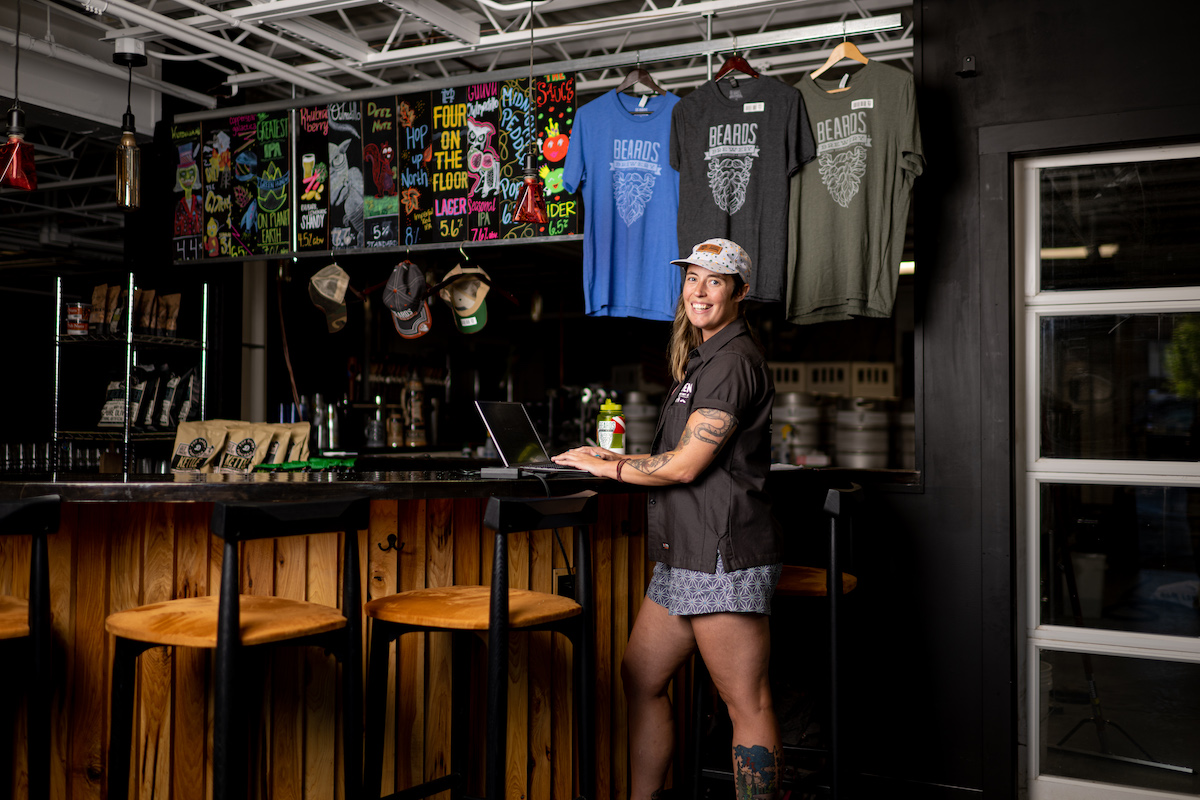 Emily Hengstebeck heads sales at Beards Brewery in Petoskey now. But back in 2014, when she was just getting started in the industry, she heard about Fermenta from a friend. “And I was like, ‘That sounds right up my alley.'”

“And I was like, ‘That sounds right up my alley. I’m a woman, I love beer.’ I tracked them down. And the timing was perfect,” she said. “I credit Fermenta for being a huge encouraging force for me to finally leave my full-time, nonindustry job to accept a position here, pack up everything and move up north to work for a brewery. Fermenta gave me the confidence to go after it and confirm for me that it could be a career as well as a lifestyle.”

Fermenta, a 501 (c)(3) nonprofit, was co-founded by Pauline Knighton-Prueter, a 2012 graduate of U-M, who started out at Short’s Brewing based in Bellaire. She realized how few women were represented in the brewing and spirits field and started the advocacy group with two experienced brewers. The group is now 120 strong and supports women involved in fermented beverage and food industries through education, scholarships and monthly gatherings. 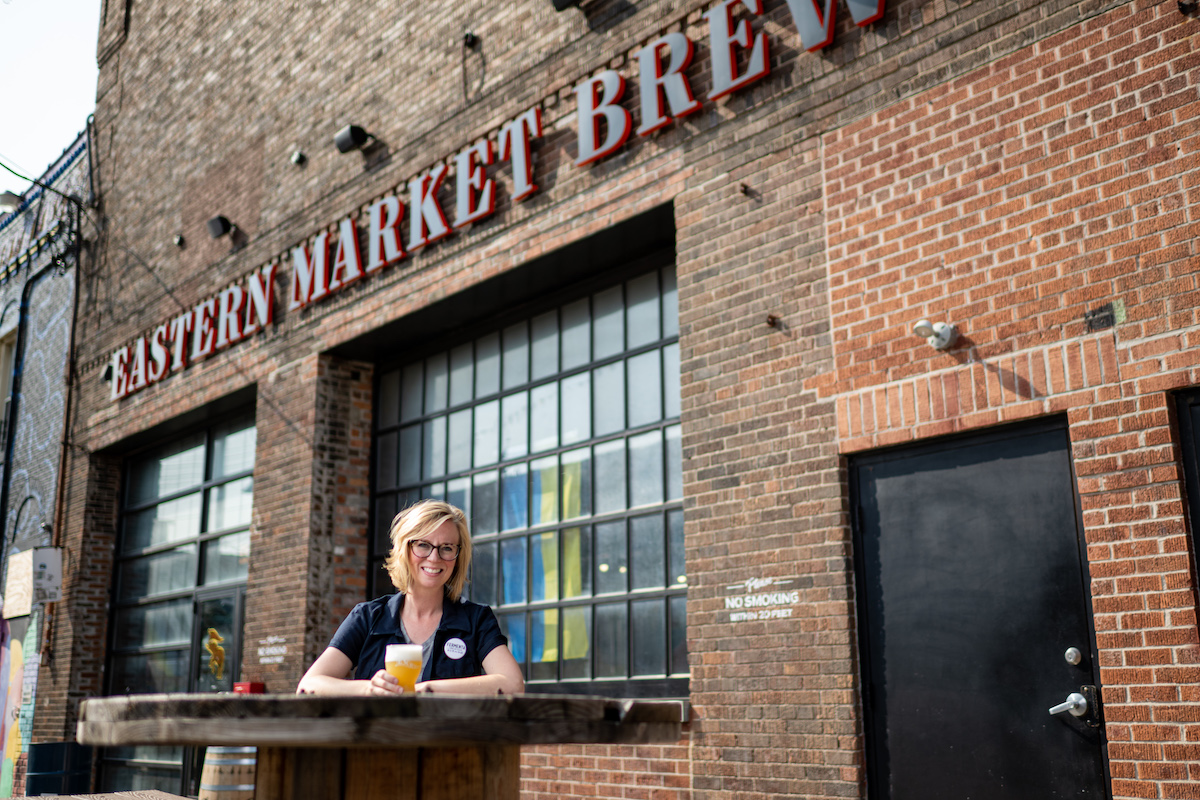 Hengstebeck, Fermenta’s vice president, said that it wasn’t all men in the industry when she started, but there wasn’t a lot of focus on “highlighting the diversity and inclusion that was already there. Everyone has had the chance to enjoy beer, but not everyone has had the chance to represent beer. Fermenta really helped me look around more and see what was already there and build upon that foundation.”

Knighton-Prueter and several other women—Stacey Roth, Angie Williams and Annette May—came together from different interests and ties to the industry to create a well-rounded mission. They brought backgrounds in supply, brewing, marketing and ownership.

The variety spoke to Lauren Torres, the brewing manager at Bell’s Brewery in Comstock. She started in the lab and over the years took on more responsibility, eventually managing the lab for several years focused on quality control. As brewing manager, she manages a staff of 40 with 24/7 production. 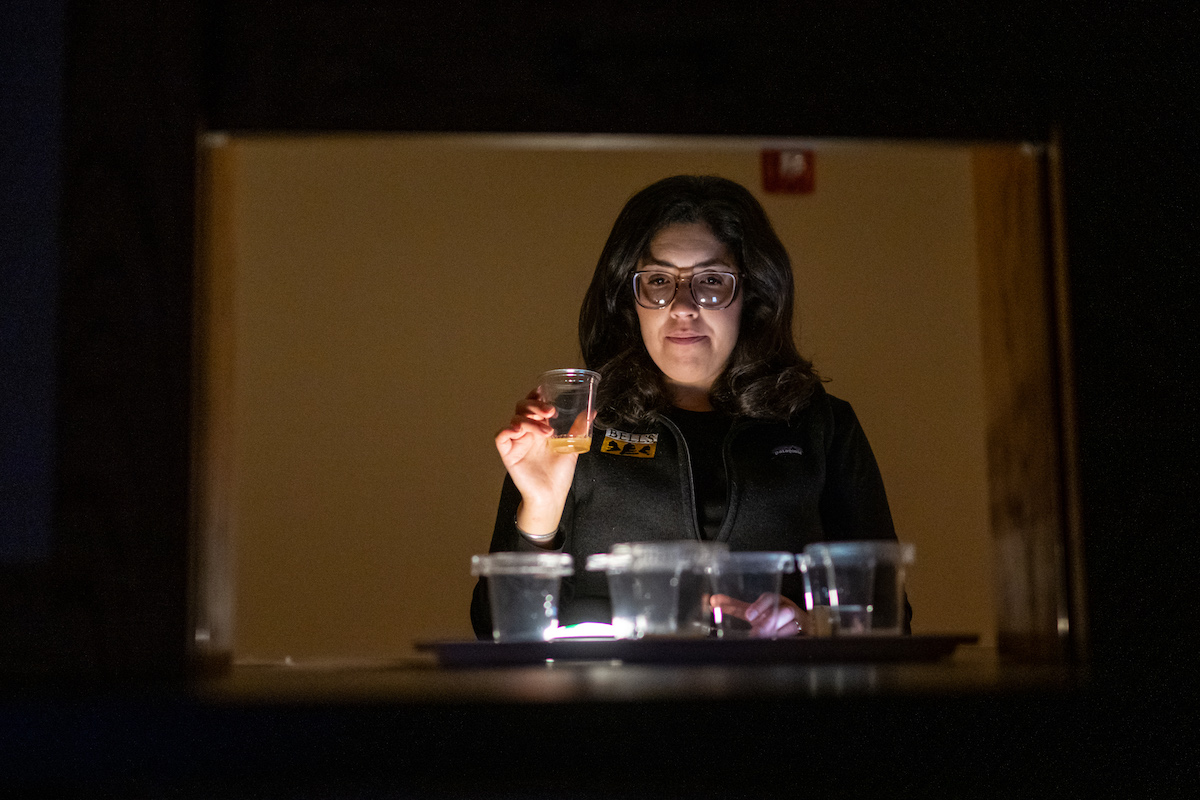 Lauren Torres, brewing manager at Bell’s Brewery, tastes the product before it goes to bottling.

“It’s pretty special to get to work in a brewery where you get to taste your product that you make at the end of the day, and it is something that brings people together. And I’m lucky enough to be drinking an Official Hazy IPA right now,” she said. 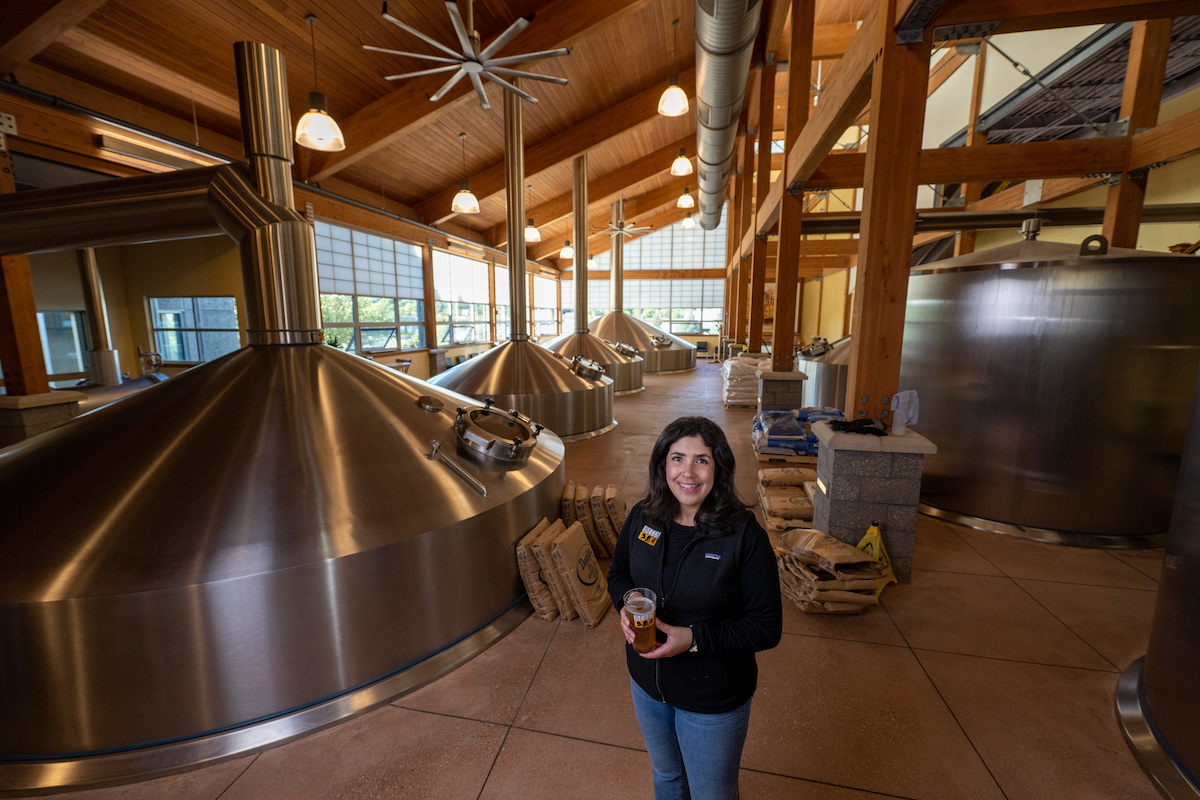 Torres said she’s found Fermenta a great ally recently in her career, but didn’t gravitate toward it right away. She’s been in the industry for 12 years and took pride in wanting to make it “on my own.” But as a minority woman in beer, that road could be lonely at times. 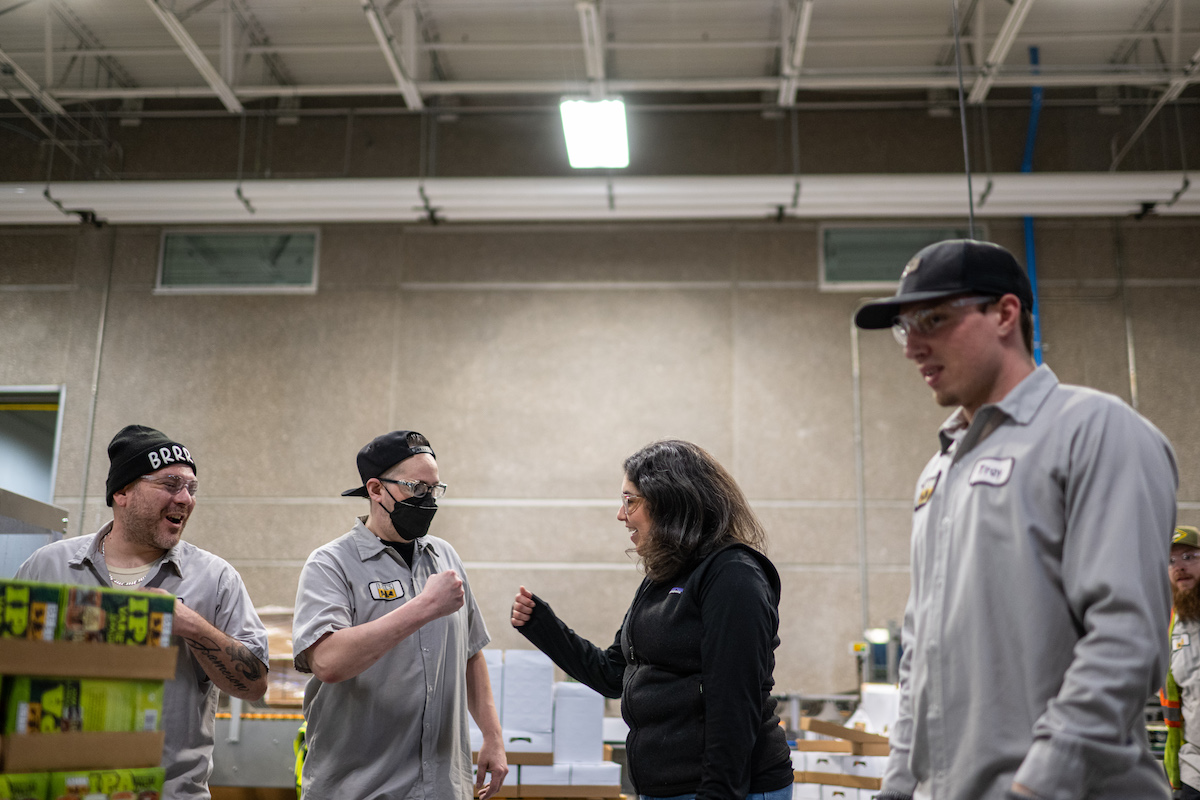 Torres, who was a chemistry major, said she applied for a scholarship offered through the group and was awarded one for continuing education. She said she used hers to continue developing her problem-solving skills through a course from the American Society of Quality and another from Statistical Process Control.

“The scholarship was really beneficial to me. Working in a brewery, we’re constantly problem solving. We’re always looking for new ways to solve existing problems or new ways to solve new problems,” she said. “So the course that I’m taking now is showing me different ways to visualize our data in order to be able to recognize patterns faster, to be able to intervene in a process if it’s not going as we want or normally.” 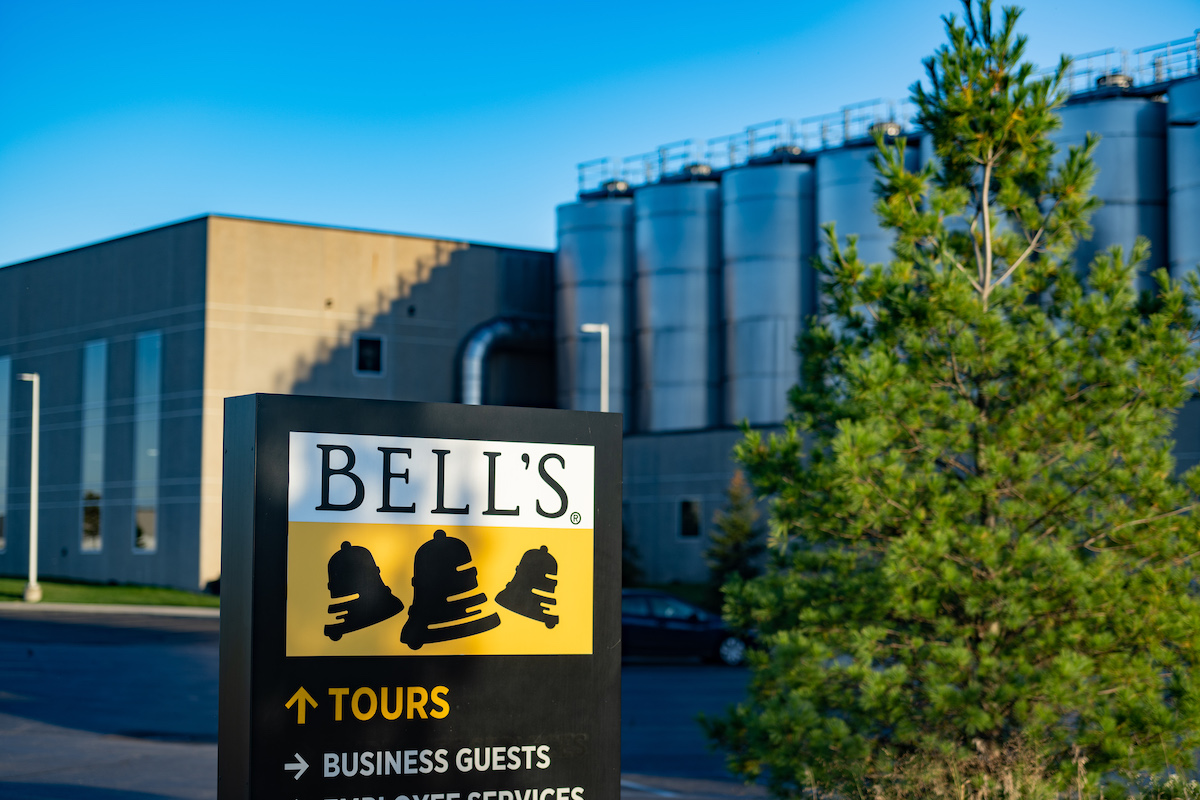 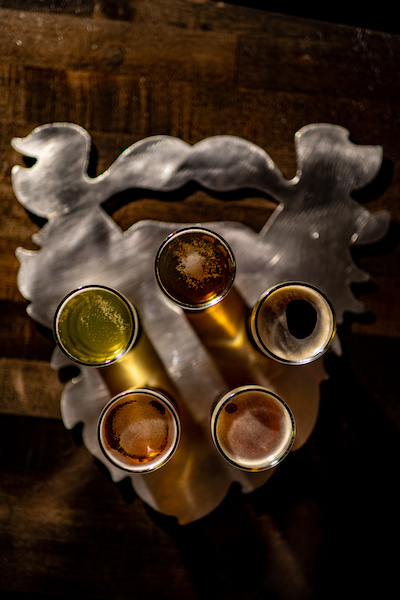 A beer flight at Beards Brewery in Petoskey.

Knighton-Prueter, graduated from U-M with a general studies degree and took entrepreneurship classes that were tied to the School of Engineering.

“My time at U of M prepared me to jump more into real life business opportunities, being entrepreneurial, having to be a creative thinker, take chances, ask questions, and be confident not knowing the answers,” she said.

She started at Short’s Brewing, where she managed sales for the past decade, and last year moved to Eastern Market Brewing Co. in Detroit.

She attended the Michigan Brewers Guild conference early in her career and looked around. She was one of the only females there. It was 2014 and she was introduced to Roth, a long-time brewer who was well respected in the industry. 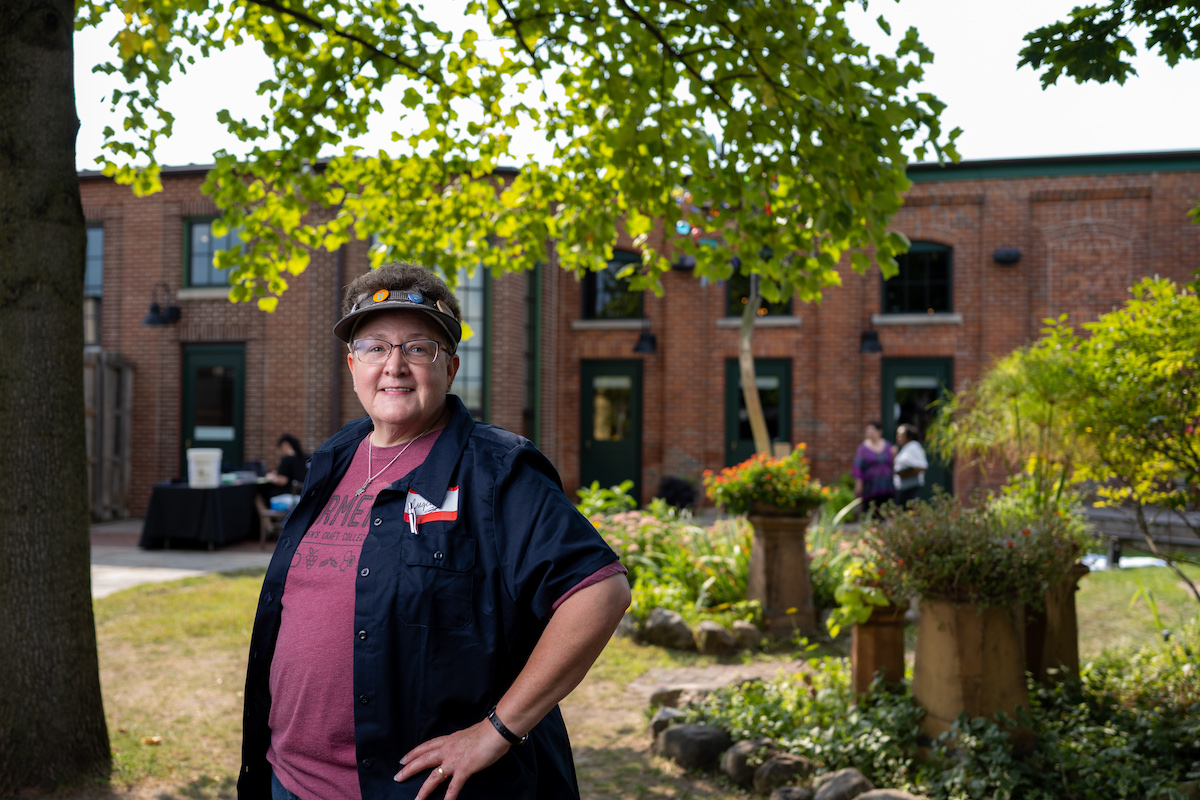 Angie Williams was one of four women who came together from different interests and ties to the industry to create a well-rounded mission for Fermenta in 2014.

“We had a really good discussion about mentorship,” Knighton-Prueter said. “She told me that she had this desire and kind of this dream to create a mentorship group for women in our industry. She said, ‘I have this vision, but I’m not somebody who likes to take charge or organize.’ I said, ‘Well, I’m really good at those two things, so why don’t we keep talking and see what we can do together?'” 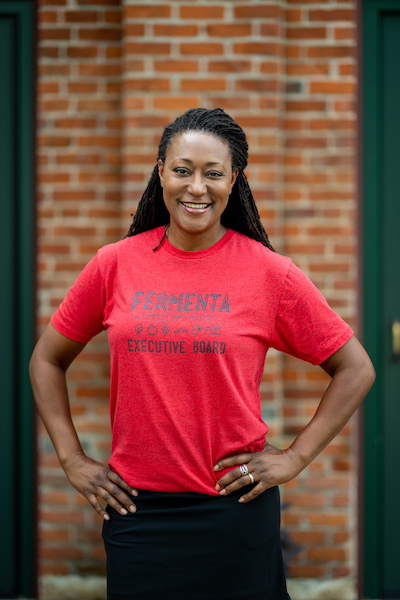 Barb Baker, current president of Fermenta, said that there’s a lack of equity in the industry. “What we’re doing is we’re trying to help bring equity in our small way,”

They brought in Williams, who worked with Roth at Griffin Claw at the time, and talked about what they wanted Fermenta to look like. They decided that scholarships would be crucial to help those new to the industry bone up on courses from off-flavor to the science of brewing.

The group has awarded 116 scholarships with a total value of $23,000 so far, said May, Fermenta’s director of scholarship and education. One of the scholarships, the Bertie Brown, is given to any woman of color.

Barb Baker, current president of Fermenta, said that there’s a lack of equity in the industry.

“What we’re doing is we’re trying to help bring equity in our small way,” she said. “Basically, this industry is a microcosm of the world. There’s still a problem with women, people of color and LGBTQ. So, we’re bridging the gap by solely supporting that group of people to help bring them up so we can get equity and we can get parity with everybody who’s been in this industry forever.” 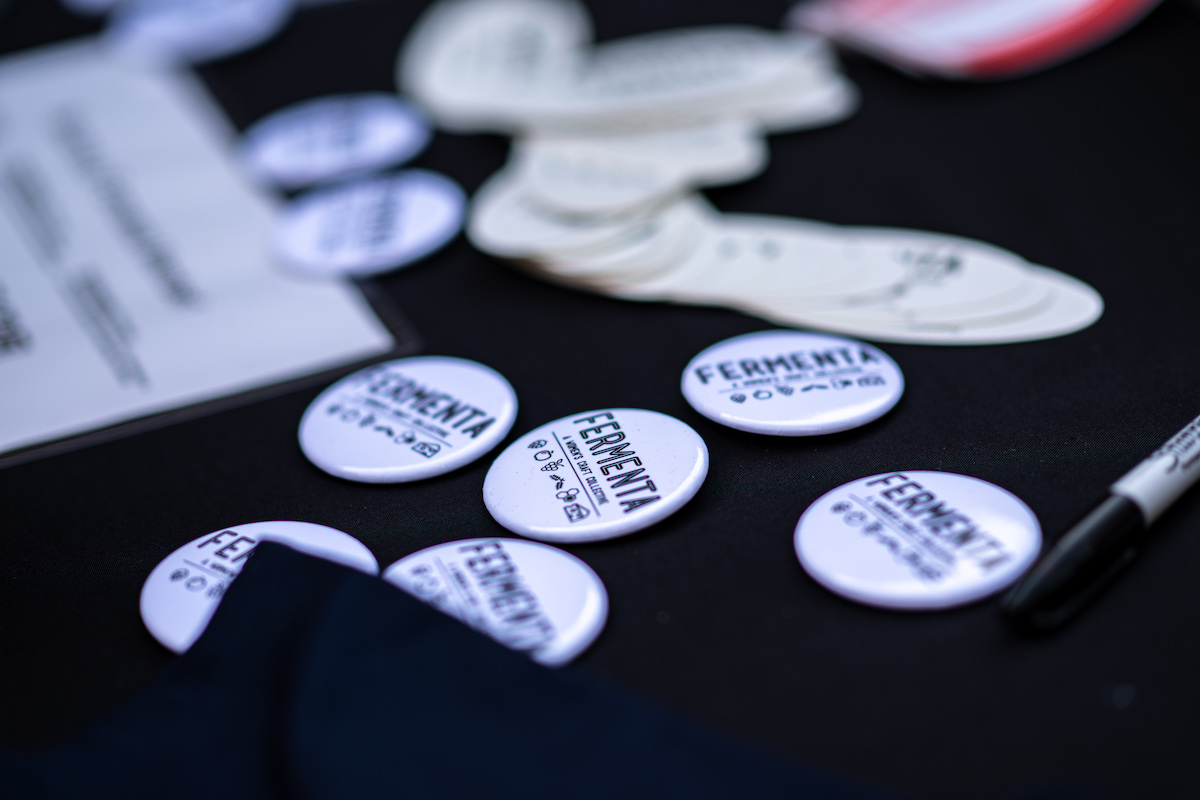 Fermenta buttons at a recent event.

This is Michigan
Previous Story