Changing neighborhoods: Building Detroit one entrepreneur at a time

To help them come back

It means a lot to me personally because I’ve seen so many abandoned buildings, so many boarded-up buildings.

I live in the neighborhood, so to be able to deposit something in my own community is priceless. So I am looking to remain here and be a force in terms of turning around the city and the neighborhood.

…The Detroit Neighborhood Entrepreneurs Project is a first-in-the-country model where students from the law school, business school, and school of art and design and the public policy school work together in a team with Detroit entrepreneurs to help them overcome their business challenges …

Under the guidance of 11 U-M Faculty members

From financial and legal advice

To marketing and interior design

It’s like getting a whole basketball team of professional advisers that you don’t have to pay for.

I think that for us we’re really able to tap into the really creative and unique talent here at the University of Michigan.

I think it speaks to the philosophy of that university to be a teaching institution—not only in Ann Arbor; they are still teaching in other communities…

Since 2016, DNEP has worked with 105 small businesses and hopes to help many more

It brings me hope, and hope is contagious. 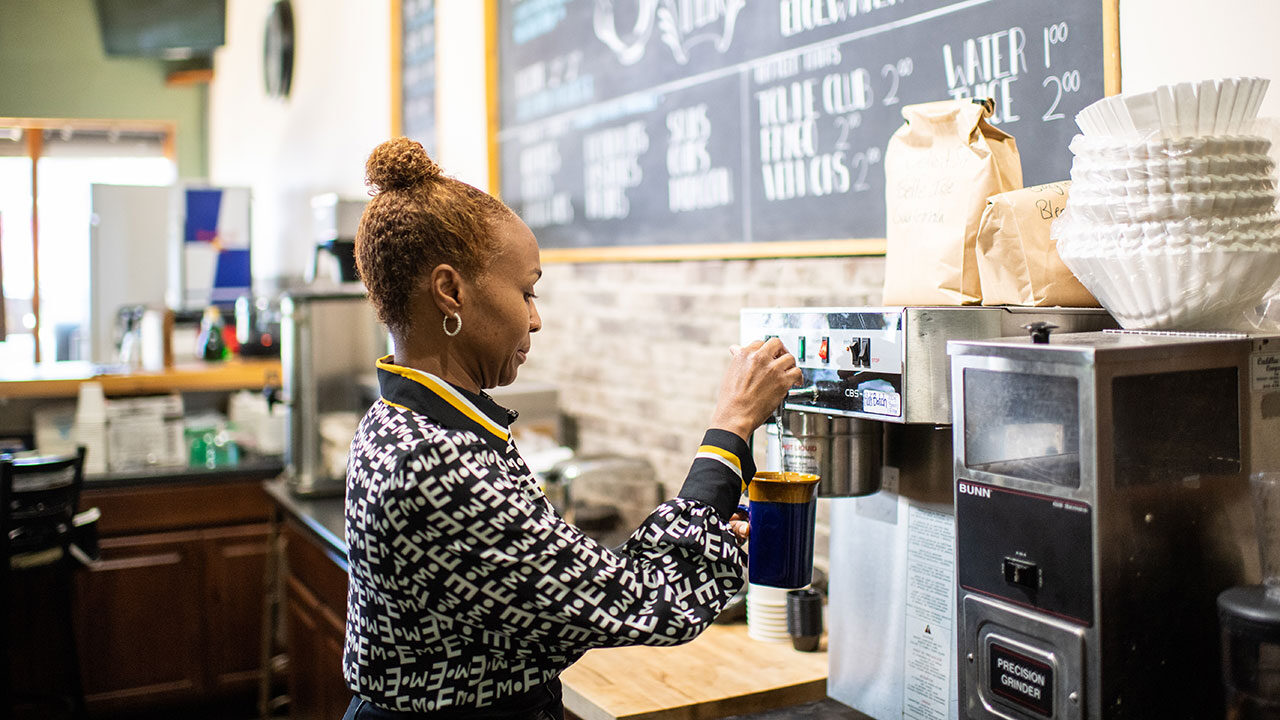 It was Jevona Watson’s dream to have a coffee shop in the Fitzgerald neighborhood in northwest Detroit, a place she calls home. A matching Motor City Match grant in 2016 helped take the first steps toward her dream. 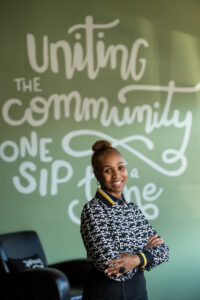 Despite a clear vision for her coffee shop—Detroit Sip—the process of opening the store presented an unfamiliar set of challenges.

“There is no manual or checklist on how to start a small business in Detroit,” Watson said.

Watson began searching for support and resources as she was getting the shop ready to open. She landed on the University of Michigan’s Detroit Neighborhood Entrepreneurs Project.

The Detroit Neighborhood Entrepreneurs Project is an interdisciplinary, action-based learning experience that pairs U-M students with entrepreneurs as they open or are in the early days of operating neighborhood-based small businesses.

It didn’t take long for the DNEP student teams to give Watson the assistance she needed to take more steps toward realizing her dream. 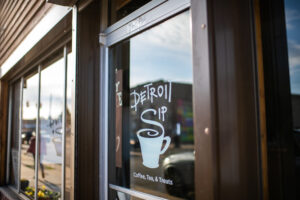 Detroit Sip is “more than a coffee shop…it is for the community.”

Students from the Stamps School of Art and Design and the Law School worked together to refine the logo for Detroit Sip and to register it as a trademark with the U.S. Patent and Trademark Office. At the same time, Ross School of Business students worked with Watson to tweak her business plan, develop financial projections and set up a point-of-sale system. Students also designed posters and painted a mural on a wall of of the coffee shop.

Watson says she couldn’t have done it without them and she’s thankful they chose to apply what they’ve learned as students to new businesses in Detroit.

“I recognize that the money, the resources, the energy and the talent could have been used in any other area,” Watson said. “To utilize it in Detroit just shows the intention of bringing people together.” 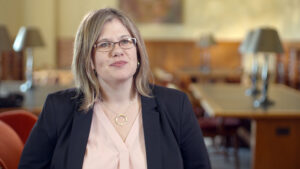 “Even if it’s just a place to get a coffee, it’s a place to come together with neighbors, it makes people more proud of where they live,” she said.

The idea for DNEP stemmed from the research of Michael Barr, dean of the Ford School of Public Policy. It shows that all entrepreneurs need access to three things to be successful: monetary capital, social capital and managerial skills.

“If you look at the history of who has had access to credit and who’s been able to have social capital to be able to do well in their business, it’s not minority-owned businesses,” she said.

“…I’ve seen so many abandoned buildings, so many boarded-up buildings, and I’ve been wondering when and who would be willing to invest back in the city of Detroit…It brings me hope and hope is contagious.” 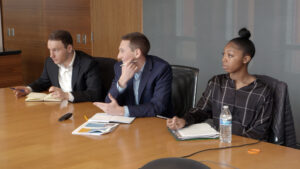 Of the 100-plus businesses DNEP has worked with, about 94 percent are minority- owned like Detroit Soul. Co-owner Jerome Brown opened the soul food restaurant on 8 Mile Road in 2015. He connected with DNEP last year to identify some of the gaps in the business and look for ways to scale up.

“It is a two-way street,” Brown said. “The students had an opportunity to really come in and look at this entrepreneur business in flight and were able to entertain the needs of our small businesses.”

The relationship also benefits the students, many of whom see it as a life-changing experience, having a business depend on their advice and guidance. 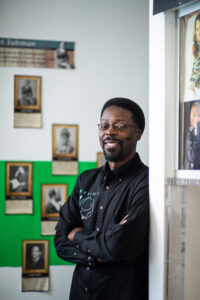 “Most of the students who participate in DNEP stay in touch with the entrepreneurs that they supported even after their engagement has ended,” Baer said.

It’s the reason U-M alums Victoria Washington and her brother Daniel Washington turned to DNEP when looking for help with their business, Detroit Dough, which makes edible cookie dough sold in many theaters and stadiums, including the Big House at U-M.

Daniel Washington said the students sat down with them early on and really listened to what they needed from the collaboration.

Victoria Washington said by working with DNEP, “We’re also able to get outside of ourselves as business owners and look at things a little bit differently with their insight and perspective.”

As the entrepreneurs and students benefit, the areas in which they operate do as well.

Baer says the success of small businesses produces a “ripple effect” through neighborhoods, benefiting the residents and often times leading to further growth. 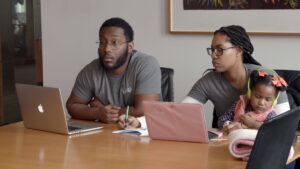 “It means a lot to me personally because I’ve seen so many abandoned buildings, so many boarded-up buildings and I’ve been wondering when and who would be willing to invest back in the city of Detroit and what that looks like,” she said. “It brings me hope and hope is contagious.”