Category: Uncategorized, This Is Michigan 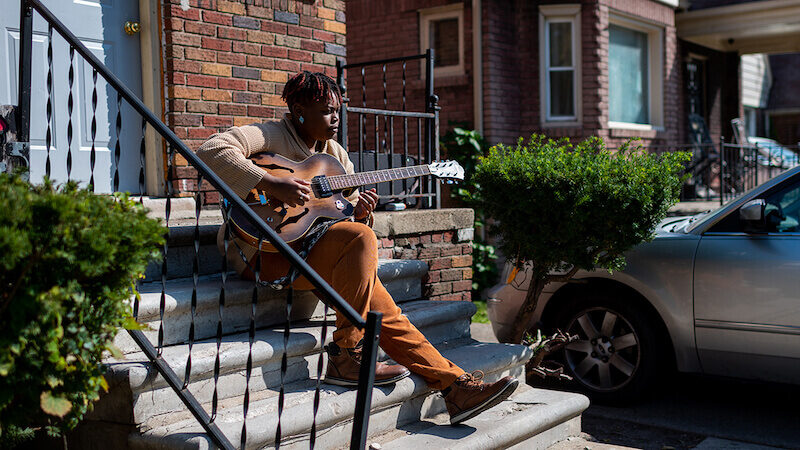 Ashanti Norwood was 8 years old for her first violin lesson, and the students were instructed to remove their shoes so their feet could be traced for proper stance. Then she remembered. She rushed out of the house that morning with a huge hole in her sock.

“Huge. And there was nothing I could do about that. I should’ve worn better socks. But I just really wanted to be there,” she said.

Norwood and her family were spending time at the Rosa Parks Youth Program inside the Capuchin Soup Kitchen on the east side of Detroit in those days, getting help with homework or engaging in art therapy. That’s when she met Clara Hardie, a University of Michigan alumna and Detroit resident who founded Detroit Youth Volume, a mixed-income Suzuki violin program that offers scholarships and extra support for lower income students. 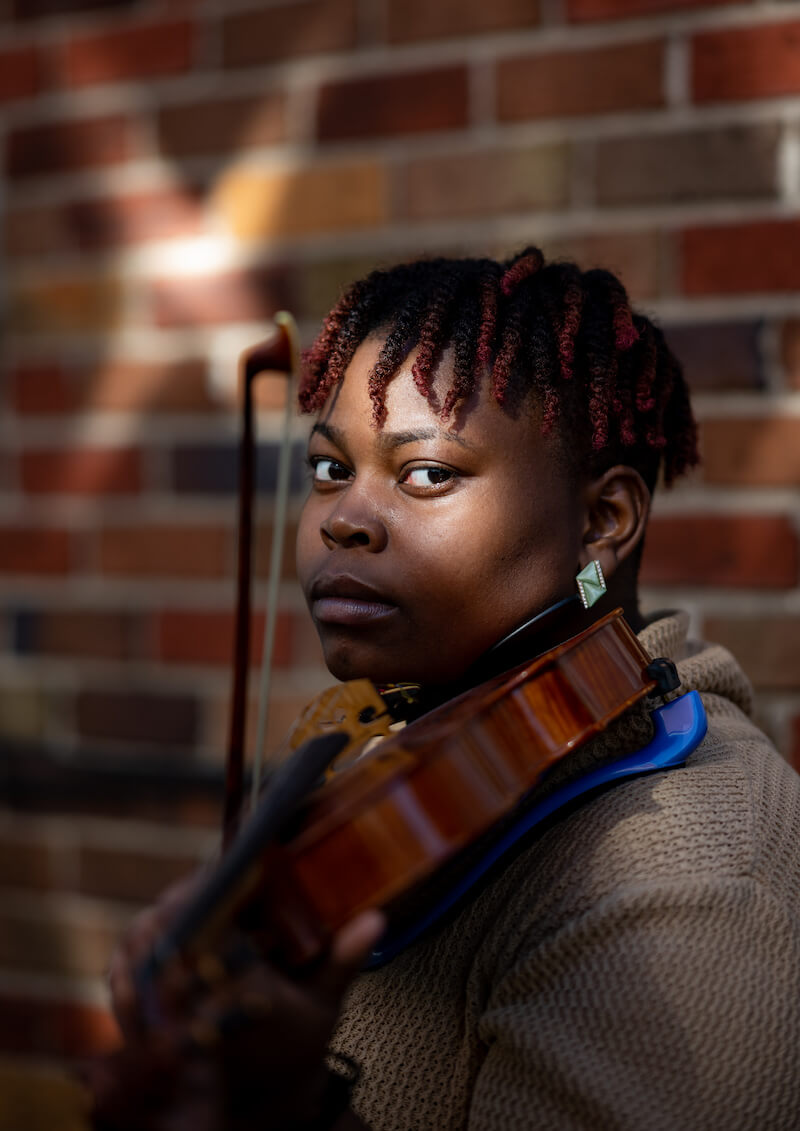 Norwood with her violin

Hardie intentionally nurtures her students’ abilities to change the world; while creating beautiful music, they practice high-order thinking, perseverance, innovation and collaboration. And by curating a diverse classroom, Hardie hopes the young violinists learn to work with people of all backgrounds.

In collaboration with her Suzuki teacher trainer Mark Mutter, who is director of Suzuki Royal Oak Institute of Music, Hardie co-founded the nonprofit in 2010 to offer free and reduced-rate classical music training utilizing the Suzuki method, a high-quality, international method of learning.

She provides scholarships for those who cannot afford private lessons. About 70% of her students are youth of color. The scholarships cover instruments that they can take home for practice, music and materials, transportation support for parents in the form of a monthly gas gift card, tickets to local classical performances, annual solo recitals and community performances.

Students also receive 30 private lessons and monthly group lessons plus special workshops with Detroit musicians. Each year, Detroit Youth Volume has served from 18 to 40 Detroit youths and their families. About 25% of students receive full scholarships, 50% receive partial scholarships and 25% pay full rate, though it is less expensive than Suzuki instruction available in Detroit’s suburbs.

Students come from all over metro Detroit to take Hardie’s lessons at Cathedral Church of St. Paul on Warren and Cass.

What I love about DYV is the focus on simultaneously cultivating beautiful humanity and musicianship in each child. Their individual personal development is just as important to Clara as their music education.” –  parent Monifa Lindo

After graduating from U-M’s Residential College in 2006 with a Bachelor of Arts in social science, Hardie was working in the art therapy program at Capuchin but also had a background in music. She started learning the Suzuki method at age 5 while growing up in Marquette. The method emphasizes parent participation and learning to play by ear before learning to read music.

“Making Suzuki accessible and equitable was important to me because if I did not figure that out, I wouldn’t be able to teach the students that I already knew and loved at the soup kitchen because their parents weren’t going to be able to pay,” said Hardie, who knew that a majority of students she wanted to reach didn’t have access to strings programs at their schools. 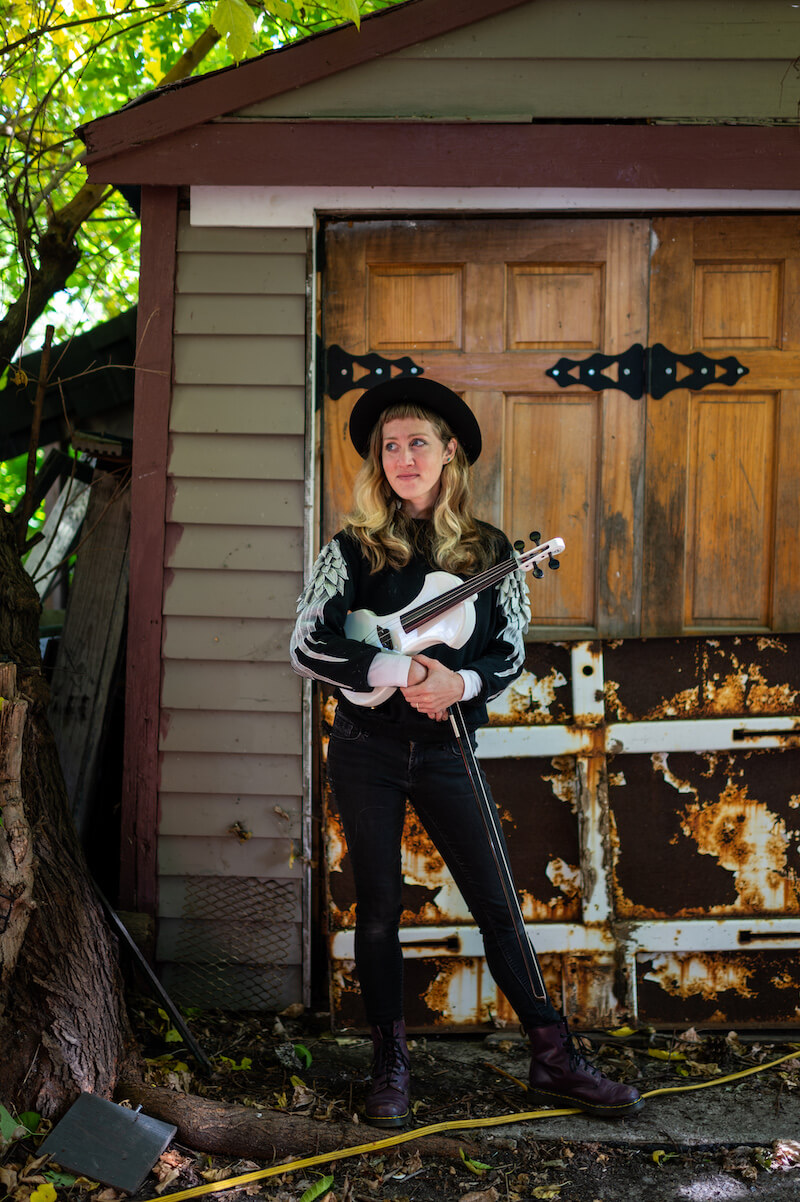 Hardie was raised to work toward social justice by her parents.

“And if I don’t provide an opportunity for the students at the soup kitchen to have lessons, they’ll never have access to the Suzuki method that I had access to. They’re never going to make it into the Blue Lake International Youth Symphony Orchestra, and get to go to Europe at age 16 like I did,” she said.

The Suzuki method nurtures in students a will for mastery and the motivation to move forward and build confidence because music is taught in very small pieces at a time. She said it starts with two measures of music that can be learned after a week of practice.

“To purposefully encourage hope in a kid who isn’t seeing much success around them due to poverty and systematic racism is social justice,” she said. “We use violin lessons to show kids that they can succeed if they keep going, collaborate, use their creativity and are provided with a supportive environment that intentionally removes some of the barriers they run up against on a daily basis.”

Detroit Youth Volume also works with a lot of local artists, particularly those who are using music to build community and also “people who might look like the majority of our students so they can see themselves in their teachers,” she said. Students have worked with hip-hop artists, jazz artists, electronic music artists and vocalists, releasing four albums in collaboration with the artists in the past four years.

Hardie partly credits her time at U-M for inspiring and motivating her to believe in her ideas and the confidence to make them happen.

“I just continued on in life with that belief that I can do anything that I want to do. And that’s probably helped form Detroit Youth Volume and allowed it to exist and flourish in every way,” she said. 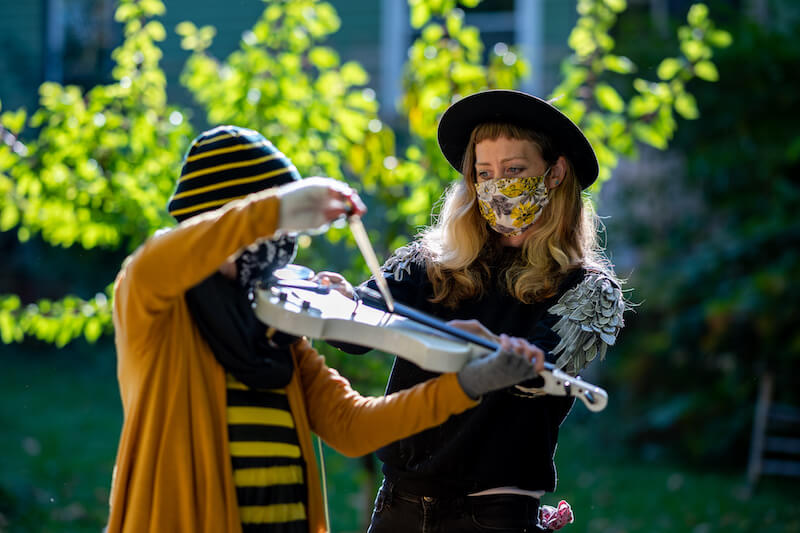 “We use violin lessons to show kids they can succeed”

Naomi Andre, a professor at U-M’s Residential College and in the departments of Afroamerican and African Studies and Women’s and Gender Studies, said the Suzuki method is widely recognized as one of the best and most effective ways to learn an instrument.

“Playing the violin might not seem like it’s saving the world,” she said. “However, it helps you learn how to listen carefully as you’re tuning, how to be a strong solo player and how to work in a group, whether it’s a small chamber ensemble or a larger group.

“Playing the violin is a means for empowering these young kids to learn how to work with each other, how to feel strong in themselves and how to figure out, ‘Hey, listen, I can do this. I can play the violin and I’m making beautiful music.’ And that can translate into ‘I can make a beautiful situation.'”

Andre points out that an important element of the Suzuki method is to build a community and learn from a repertory that you love.

“One of the exciting things Clara has done in this community is that she hasn’t just used the repertoire in the books, but also incorporated other repertories,” she said. 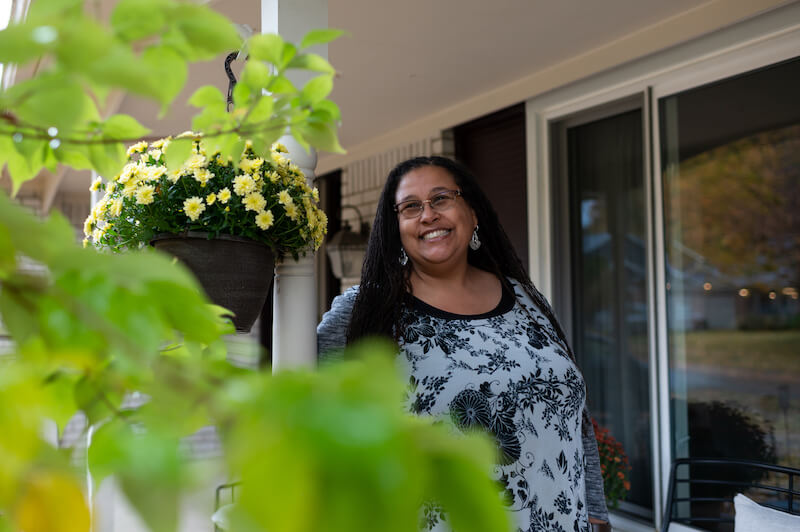 Hardie says that celebrating genres with historical significance to Detroit, such as jazz, electronic music and hip-hop, develops positive identities in her students.

Student Isabella Lindo, 14, said she felt very comfortable with the Suzuki method because she could work at her own pace. And along the way, she realized another important benefit.

“This might sound a bit odd, but the more I played, the more I got better at math,” she said. “I would like to professionally play the violin. I would also like to be a songwriter.”

Lindo engaged in the Musical Innovation and Leadership Academy with local violinist Natalie Frakes. She learned to use an application called Sound Trap and will present an original piece at Detroit Youth Volume’s March 20 solo recital on Zoom. In addition to her violin playing, the song includes her own lyrics and beats.

Isabella’s mother, Monifa Lindo, said Hardie’s program complemented what Isabella was learning at her school. But when the school’s strings program ended without notice, having Detroit Youth Volume lessons was “invaluable” and affordable for the family, she said.

“What I love about DYV is the focus on simultaneously cultivating beautiful humanity and musicianship in each child. Their individual personal development is just as important to Clara as their music education. That makes a huge difference. Participating in lessons can be not only enjoyable, but therapeutic on many different levels,” Monifa Lindo said. 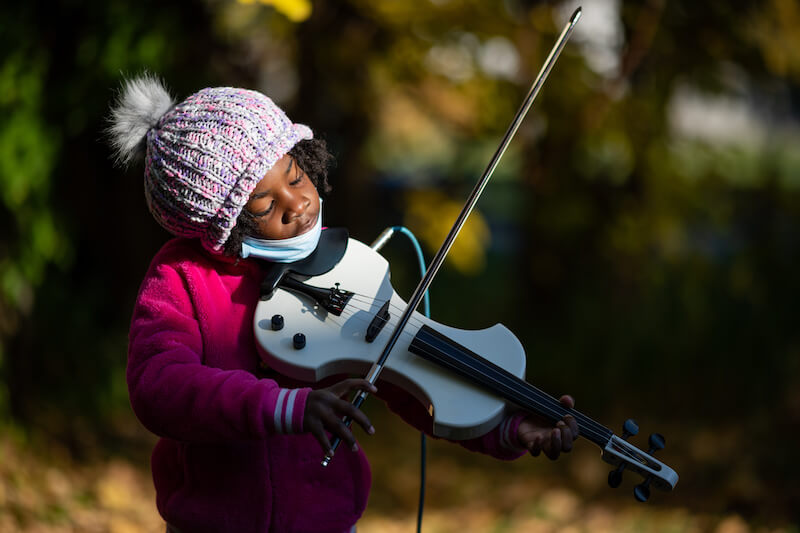 Empowering kids to learn ‘I can do this!’

Hardie said she’s especially enjoyed the parents and “being in community with them.” She worked with Norwood’s mom to have Ashanti audition for a spot at the Detroit School of Arts high school. She was accepted, and has participated in the Detroit Symphony Orchestra youth ensembles, went to Boston to participate in a summer intensive strings program and worked with women jazz artists in Detroit. She released her first album last May.

“And then on top of the classical, bringing in the local artists has, I think, really inspired her to become her own brand of artist and figure out what she wants to do,” Hardie said. “She’s very into improvising. She has a friend in New York City that she sends songs
back and forth with every week. She’s already collaborating with adult musicians as an artist and she’s 18 years old. Wow. That’s incredible. She’s so cool.”

Norwood gives much of the credit to Hardie.

“When I first started, Ms. Clara’s opportunity was the first and the only one that I had,” she said. “What she did was a life-changer, a lifesaver. She took the time out of her day to make sure that we had something to do.”