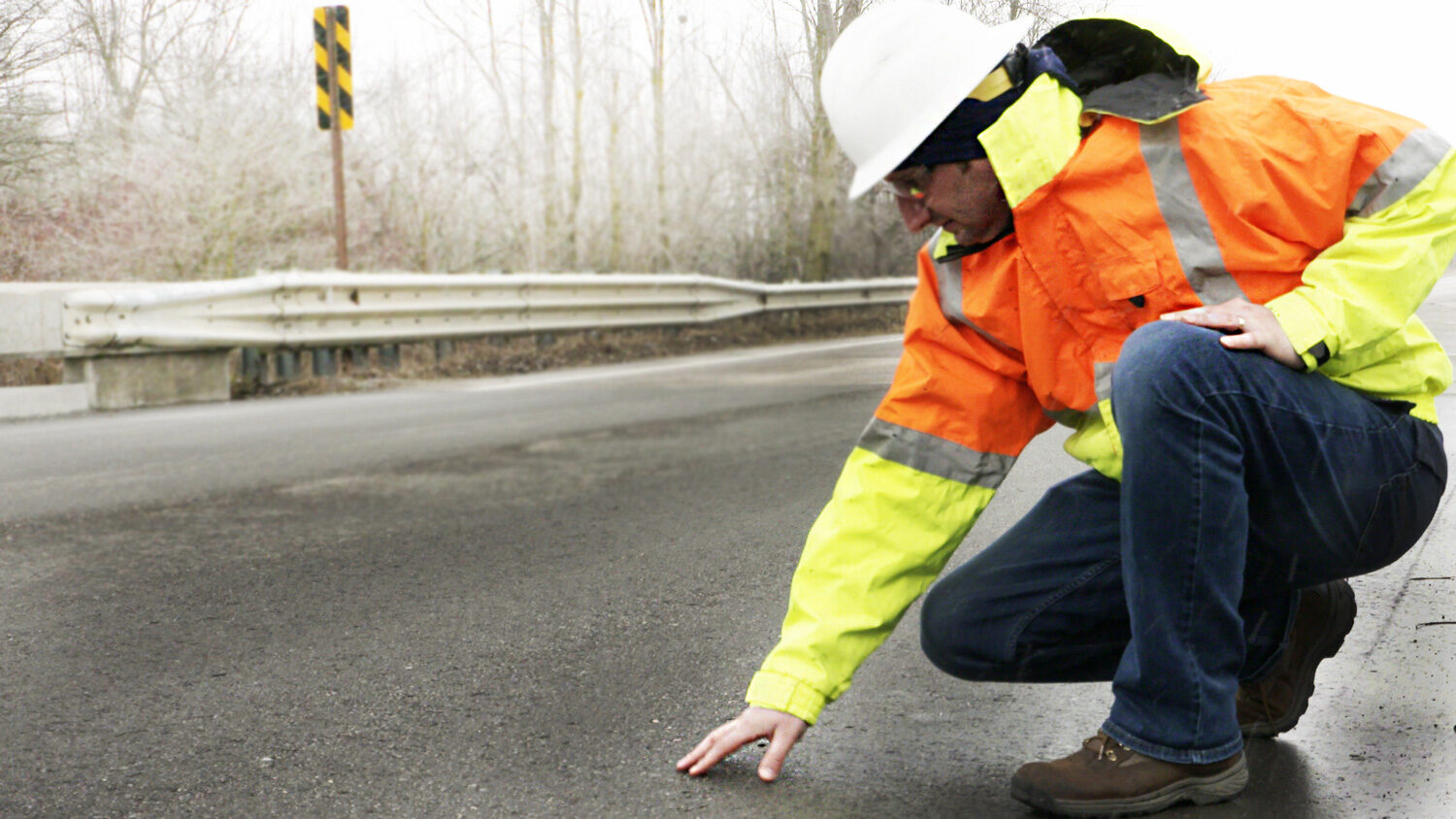 ANN ARBOR—Passing beneath a crumbling overpass or rumbling over a pothole-riddled street in Michigan and many other parts of the country this time of year, it’s hard not to wonder: Why don’t they make these things out of something that lasts longer? 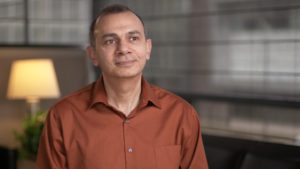 Fifty years ago, the engineering community thought the concrete they incorporated into U.S. roads and bridges would last for a long time, said Sherif El-Tawil, a University of Michigan professor of civil and environmental engineering.

But the state’s roads were given a grade of D- earlier this year by the American Society of Civil Engineers Michigan Section. A full 39 percent of them are in poor condition.

“Regular concrete has a number of problems that we did not fully anticipate as an engineering community,” El-Tawil said. “It has deteriorated at a faster rate than we thought.” 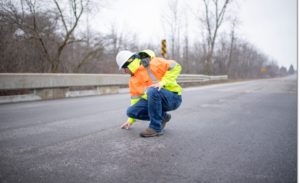 Michigan’s Department of Transportation reached out to U-M engineers for some help fixing this nationwide problem. At MDOT’s request, El-Tawil has led the development of a generic version of ultra high-performance concrete, which is stronger and more durable than conventional versions but can be mixed together with off-the-shelf products. It’s currently in use on a bridge in St. Clair County. Local officials plan to use it on at least four more this year.

The formula is published, for anyone’s use free of charge, in the January issue of Concrete International, a magazine published by the American Concrete Institute.

Ultra high-performance concrete, or UHPC, has been on the market for a while under a small handful of brand names. But high prices have kept it out of widespread use by local, state and federal governments. A municipality looking to replace a bridge or rebuild a crumbling road, might spend $100 to $120 per cubic yard of regular concrete. To upgrade to a brand-name UHPC, that same local government would be looking at paying $2,800 per cubic yard.

So governments are forced to repeatedly fix and replace aging infrastructure, leading to a backlog of roughly $500 billion in critically needed road and bridge repairs. The state of Michigan spends $3.5 billion a year on upkeep, said Steve Kahl, supervising engineer at MDOT. 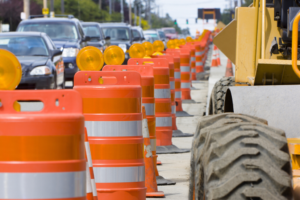 Fewer orange barrels? The new concrete could reduce the need for road construction

“Regular concrete will have a strength of about 4,000 pounds per square inch…that’s maybe the weight of an SUV on every square inch,” El-Tawil said. “However, UHPC can support at least 22,000 psi or six times as much.”

Reaching that extreme level of strength and durability requires modifying the traditional concrete recipe. The formula for regular concrete contains some fairly simple ingredients—cement, gravel, sand and water. To get UHPC, El-Tawil removed the gravel in favor of different types of sand. Using ideas from the pharmaceutical industry, his team carefully selected the particle sizes of the sands so that the resulting UHPC mixture has a structure that is densely packed.

Higher density leads to fewer voids inside, reducing the opportunities for water to penetrate and cause problems during the freeze-thaw process. The dense packing is also the reason why UHPC is so strong.

To reduce the carbon footprint of the material, he used a byproduct of the steelmaking industry (ground slag) to replace a significant portion of the cement and, at the same time, help increase the packing density.

A key ingredient in UHPC that is not in regular concrete is steel fibers. Isaya Miyata, a senior studying civil engineering at U-M, is among those who made sample batches of UHPC in a mixing lab on U-M’s North Campus.

“Steel fibers add strain-hardening properties to the concrete,” he said. “So basically, once it yields, the concrete will take a lot more load before it ultimately fails.” 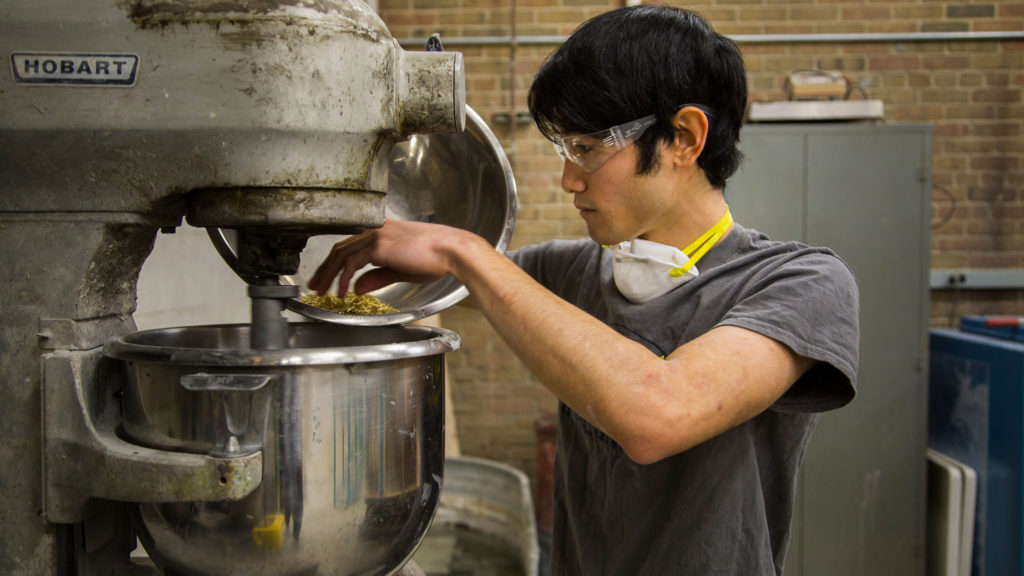 While the fibers themselves are small, roughly a half-inch in length, they have an outsize impact on the final price of UHPC. They come from chopped-up thin wires such as those used in steel-belted tires. There aren’t many other uses for them, therefore they are quite expensive.

Because of the fibers, the UHPC created at U-M is still more expensive than regular concrete. But it represents a 70-percent price drop from the UHPC brands currently on the market. And as the cost of steel fibers drops with increasing demand, the cost of the U-M concrete would also fall.

“Our UHPC brings down the cost of long-term maintenance,” El-Tawil said. “It’s still more expensive than regular concrete, but if you consider the effect over the lifetime of a bridge, then the cost becomes very competitive. If you have a concrete deck on a bridge that lives for 200 years with little to no maintenance—imagine the cost savings.

“Every generation is born with a yoke around its neck from the infrastructure built by the previous generation. They have to maintain it and fix it. We have to change in order to stop this vicious cycle.”