The nature of pain: Approach brings relief without opioids

Many are
dependent on
opioids

KIM WINCHEL
HOWARD’S WIFE
He was tired all the time. He never felt good.

[winchel]
It was time to make some changes.

that are non-addictive
and more effective
than opioids

to give doctors
better ways
to treat pain

and
empower patients
to take charge
of their pain

DAN CLAUW
CHRONIC PAIN & FATIGUE
RESEARCH CENTER
University of Michigan
What the data suggest is if you took a hundred people that are chronically taking an opioid and slowly, gradually tapered them, the majority of people will either have no change in their pain or will have an improvement in their pain. If they are part of that majority, then they should be off the drugs because the drugs are dangerous.

But many
fear the
side effects
of withdrawal

[winchel]
If I ran out of the prescription, I already knew what the side effects were with me and it was like a couple of days of hell.

PHILIP J. BATY
FAMILY DOCTOR
Mercy Health Physician Partners
The thing I like about the program that U-M brings, they don’t just say, ah, you know, opioids are bad, so just get off of it, and you’re on your own. They give alternatives.

1:35
After a
U-M doctor training,
Dr. Baty talked to
Howard Winchel
about
tapering off opioids

We cut the doses down five milligrams at a time and weaned off it.

which helped with
the anxiety over
stopping opioids

like pacing himself,
reducing alcohol,
and changing his diet

2:04 When I had the extra weight on my back and everything hurt more, I’d carry a stool with me. Now I don’t carry a chair with me anymore.

[kim winchel]
His mood got better. He started being more active, not sleeping all the time.

[clauw]
Random physicians or random patients will come up to you and say you know, this has just been life-changing.

[winchel]
It feels good not to have to take a pill just to feel good. 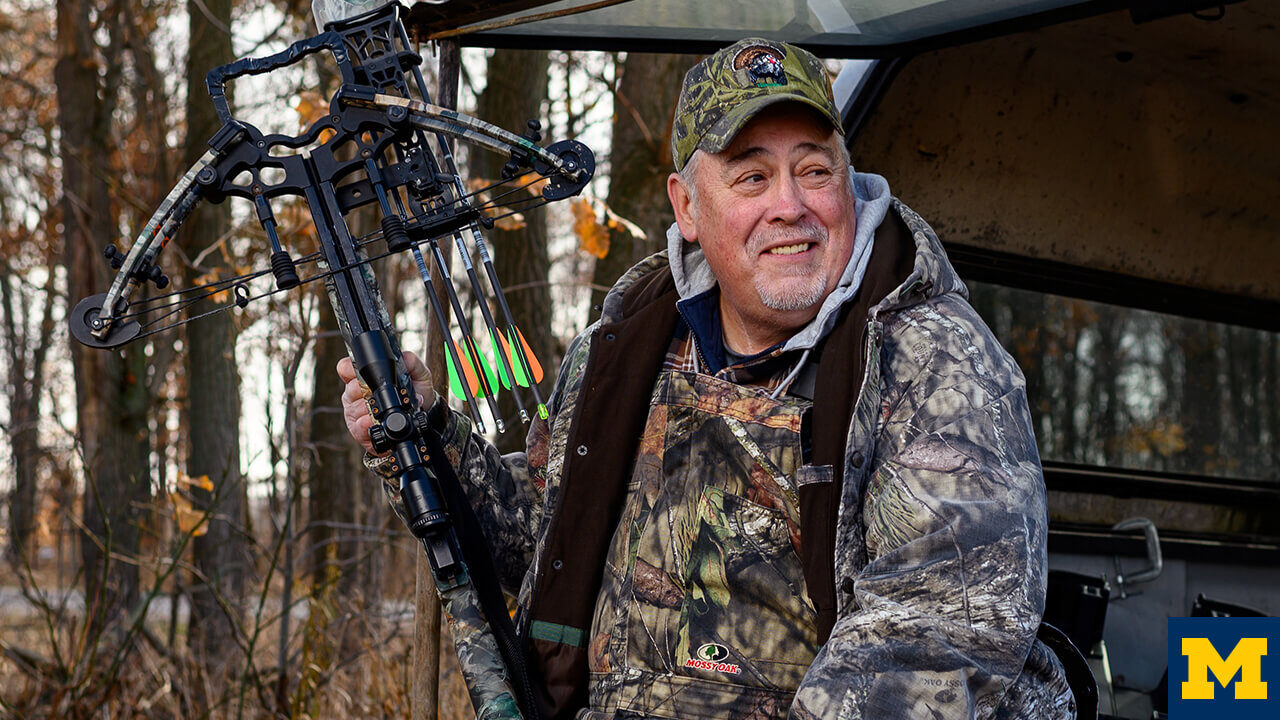 For 22 years, Howard Winchel polished and buffed propellers for Michigan Wheel, putting his heart and his back into his work. The manual labor eventually took a toll.

When his back first began to give him problems, he was diagnosed with spinal stenosis. Surgery to correct it was soon followed by two more operations for ruptured discs. 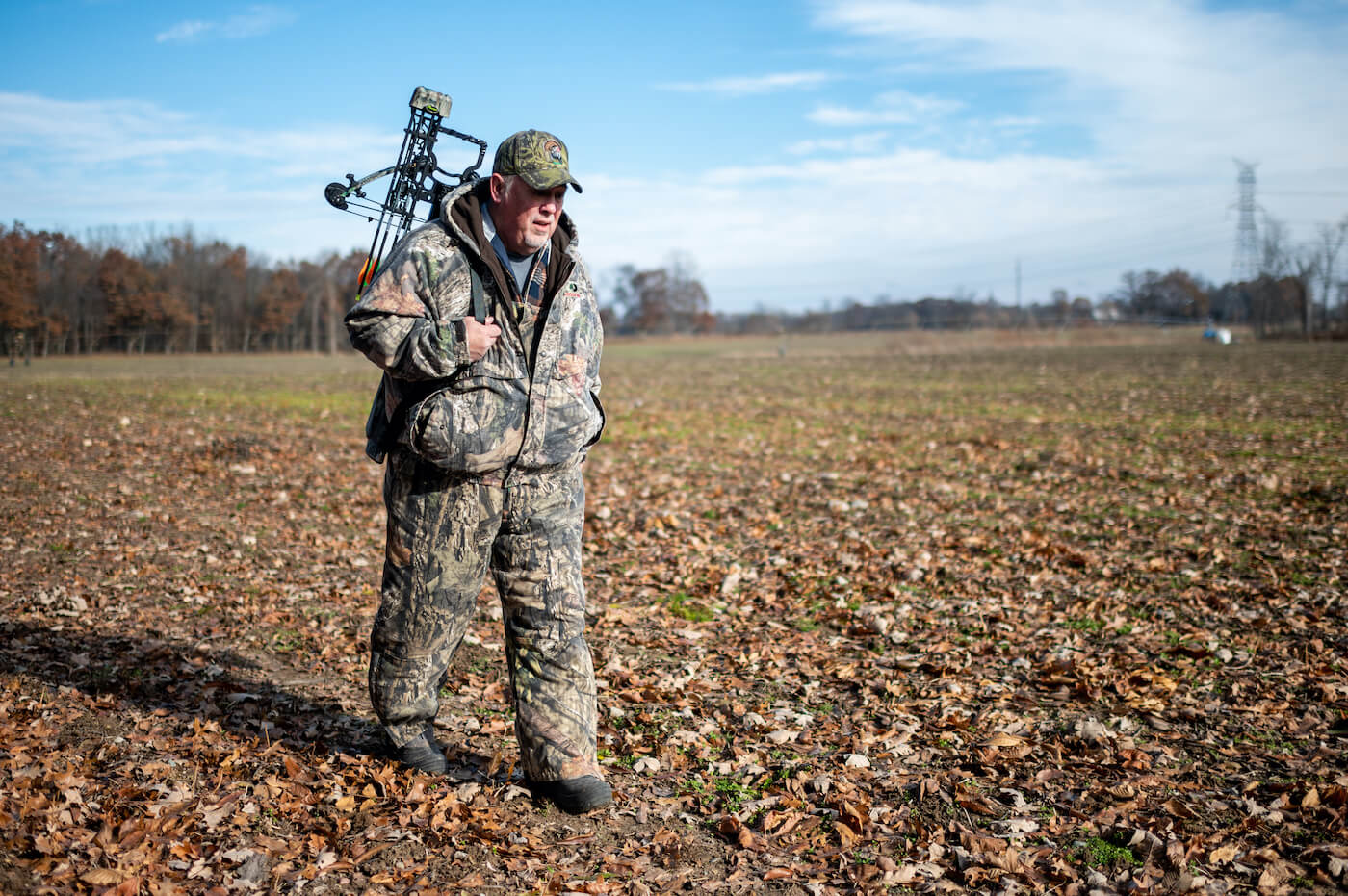 Howard Winchel: “It was time to make some changes.”

The medication allowed him to push through the pain, dulling it enough for him to walk miles to go hunting, one of his favorite pastimes. But he soon built up a tolerance.

“I was on two of them every eight hours … I guess that’s a pretty high dose of it,” he said. “But it’s like anything else, once you get used to it, then all of a sudden the effect can wear off and then you want something stronger.”

Winchel tried Oxycontin for a year but didn’t like how it made him irritable. His wife, Kim, noted how the opioids changed him. 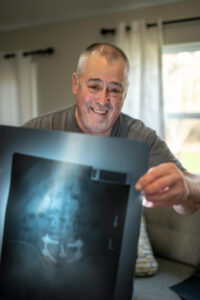 “He was tired all the time, he was rundown. He never had any energy and anything he wanted to do was a chore. When he was on the opioids, he would get very moody. I always felt like I was on pins and needles to make sure I didn’t say something wrong to get snapped at,” she said.

“Until you start to go off it, you don’t realize how addicted you really are,” he said.

Sensing a problem and worried by the news reports about the ongoing opioid crisis, Winchel sought help from Dr. Philip Baty.

Like many other clinicians across the country, Baty, who is with Mercy Health Physician Partners in Rockford, was struggling with an epidemic of chronic pain and opioid abuse in his community. To help his patients, he knew he needed a better understanding of the nature of pain and treatment for pain.

“Those of us who were trained years ago were under the impression that if the X-ray says it looks bad, the pain is bad,” he said.

“It felt good to be off of them [opioids], it really did.”
— Howard Winchel

His mindset began to change after attending a seminar put on by Dan Clauw, director of U-M’s Chronic Pain & Fatigue Research Center.

“Dr. Clauw always starts his talks out with this bad looking X-ray and a good looking X-ray, and he points out that both people have pain,” Baty said. “So when [you see that] people have bone on bone—oh my God, they must be in a lot of pain. 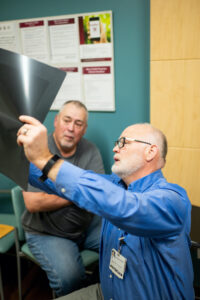 “When in reality, what I’ve observed is that’s not true. I’ve seen people with huge knees who have minimal pain. They’re walking four miles a day and I see people who have normal X-rays and they are in a lot of pain.”

One of Baty’s main takeaways from the seminar was the fact that the experience of pain lies in the brain and not necessarily in the injured body part. And while pain is, in a sense, in the mind, it can still be debilitating.

“When you look at physical function, chronic pain is as disabling as having metastatic cancer,” Clauw said. “Yet pain patients are not necessarily treated like that by their family members, friends or co-workers. It’s very frustrating for people to have chronic pain because it really impacts negatively on every aspect of their lives.”

Clauw has spent the past 15 years educating patients, their families and clinicians to change how people think about pain and encourage them to consider treatment options beyond drugs. He said the program has helped as many as 4,000 patients so far. 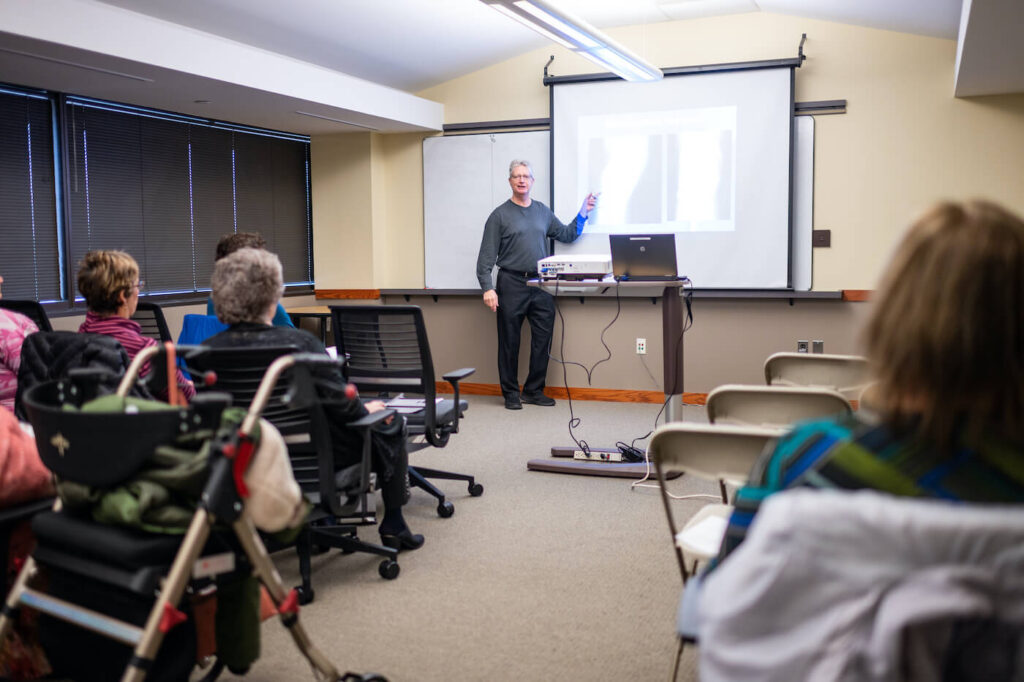 As a medical director for the Michigan Center for Clinical Systems Improvement, Baty saw an opportunity to help doctors throughout the state. U-M has partnered with the center to hold educational programs in seven cities so far, from Grand Rapids to Traverse City.

During these sessions, clinicians learn more about different types of pain as well as nonpharmacological approaches to pain relief, including acupuncture and yoga, that are nonaddictive and more effective than opioids. The series has helped hundreds of doctors and patients. 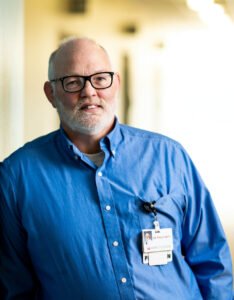 “Pain lies in the brain, not the body….”

“I find that most providers really, really would like to understand how to diagnose and treat pain better, which is why I think these statewide conferences that we’ve had have been very well received,” Clauw said. “People will say, you know, now I think I can go into an exam room and diagnose and treat pain—I feel more comfortable, I feel more confident. I think that the patients around the state benefit from that.”

Armed with a new understanding of pain, Baty has passed that knowledge on to Winchel, helping him slowly taper off of opioids through lifestyle changes, including weight loss, self-help coping techniques and an antidepressant to alleviate the anxiety of being without the powerful drugs.

“Dr. Baty is the one that gave me the confidence to give the opioids up as well as the health risks. And I trusted him with the plan we had,” Winchel said. “It felt good to be off of them, it really did.”