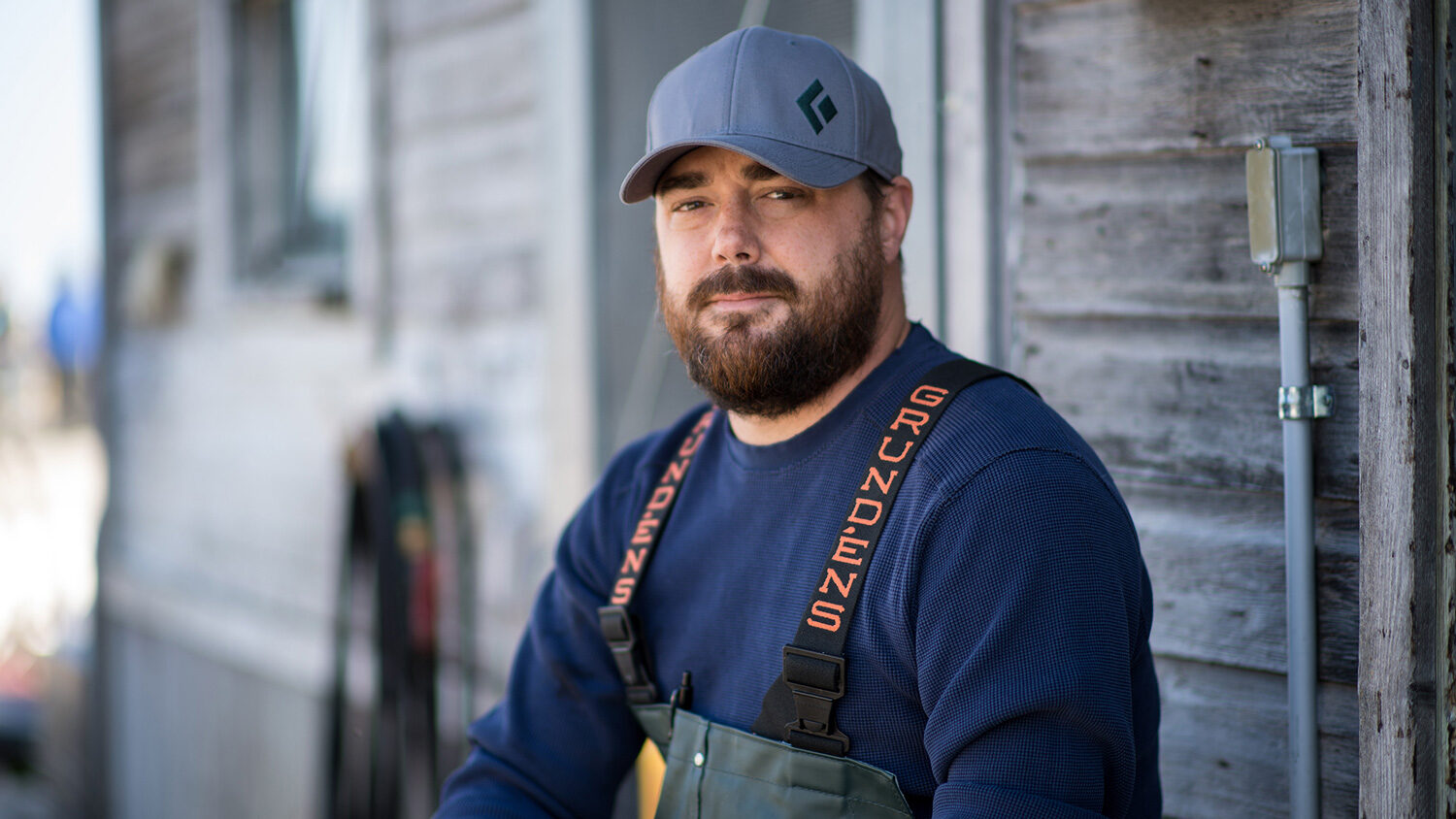 As an undergraduate student doing research at the University of Michigan Biological Station, Nels Carlson was fascinated by what he saw and learned from the aquatic invertebrates he caught, in the water samples he collected and the data he analyzed.

The waters and what lives in them, especially the fish, were something Carlson studied informally his whole life. It’s a given when the generations-old family business is Carlson’s Fishery, a popular tourist draw in historic Fishtown on the Leland River. 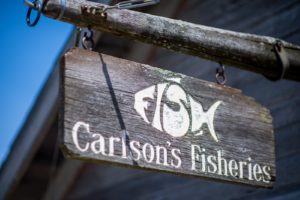 Today, the 2005 graduate of U-M’s School of Environment & Sustainability, is using lessons from his student research days to add to and enhance the work he does as the fifth-generation owner of the fishery – a cog in the community, a contributor to the local and state economies and a player in historic, maritime preservation in Northern Michigan.

Carlson’s is also a critical source of information for the state of Michigan, U-M and other universities and researchers working to protect and improve the health of Michigan’s waters and fish populations.

“Everything I learned at U of M has played a role in what I currently do,” Carlson said. “I draw on it so frequently it’s become second nature to me. Many things we learn, we forget. But when you put what you’ve learned into practice in your daily life, it becomes something you draw on without even realizing it.

“Also understanding how the politics and policy-making works has been a benefit.” 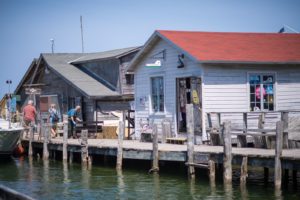 It was his studies as a curious college student who loved the water and Northern Michigan that “gave me a great deal of insight as to how the inland lakes and Great Lakes ecosystems work and their importance in shaping our current way of life, particularly how my family emigrated to the area and sustained our way of life since the 1800’s,” he said. “In one way or another my family has been closely tied to the ecosystem, biology, and ecology of the area and its health.”

What the fishery’s visitors, – locals, annual summer tourists and occasional one-time customers – find at the quaint 129-year-old business goes beyond the popular whitefish pate, the weathered smokehouses and the thousands of pounds of fish moving across store counters each week.

Behind the scenes, the fishery with its shop, dock and grounds seemingly unchanged since the 1800s, acts as a harbinger of the health of Michigan’s waters and inhabitants.

Being a source of information on water quality and invasive species is a ripple effect of an operation that relies on the lakes.

Carlson’s is regularly called on by U-M’s Sea Grant program, the Michigan Department of Natural Resources, local conservation officers and various researchers to collect or share information. Often, the fishery saves any lamprey it brings in. Lamprey is an invasive species that damages lakes and native marine life. The lamprey is used to glean information that might lead to solutions to control invasive species. 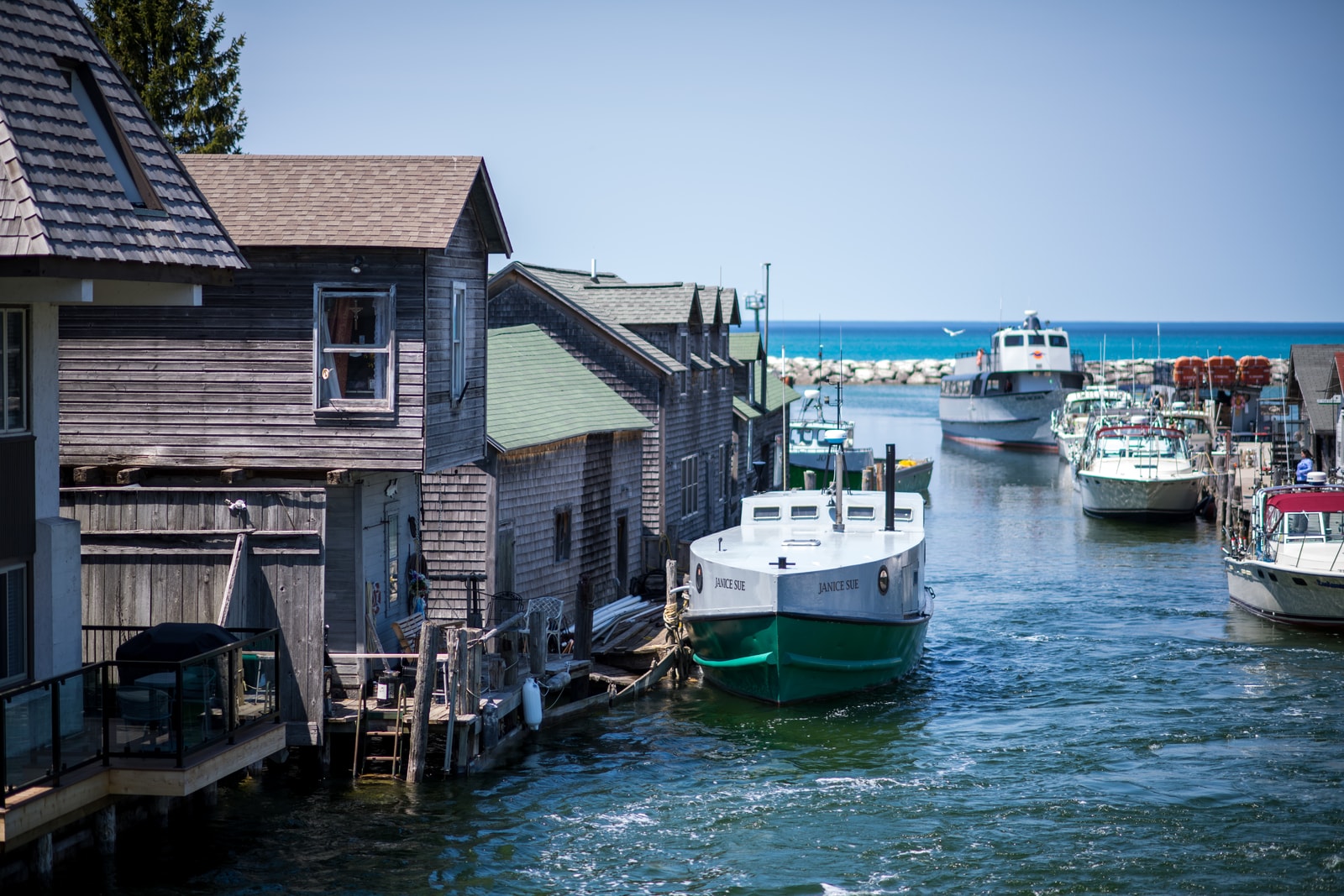 Fishing and pleasure boating are both popular on Lake Michigan

“A lot of it has to do with keeping an open dialog with what’s going on with the health of the lake and things we’re seeing with the fish populations,” Carlson said.

The relationship is rooted in his U-M experiences.

“Being involved in research and field studies gives you a huge leg up in understanding how the state and other organizations sample, collect, and analyze data. It also gives you a sense of what to pay attention to when observing the fish populations as well as the general ecology of the lake,” he said.

James Diana, director, Michigan Sea Grant, at the U-M, said, “fisheries like Carlson’s provide data on size and growth and numbers of fish that we wouldn’t be able to get otherwise. They’ve got a long history of being on the fishery and doing that work so they understand what is going on in a way that many people would not.”

Carlson is continuing a family philosophy that long ago identified species survival with survival of the business and the community they helped grow. 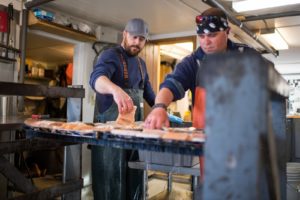 “Through it all, the Carlson family did what they could to help create an environment conducive to a sustainable business,” according to a family biography. “They worked with the Michigan Fish Producers Association, the Department of Natural Resources, Michigan Sea Grant, trying to educate others in the industry about the importance of structure and planning to enhance stability…not just for what we can catch today, but for what might be available tomorrow.”

Carlson and a business partner bought the fishery from his uncle in 2012 in an effort to save it and keep the business in the family. He’s working hard to keep it thriving for the next generation as he also updates to fit today’s needs. The droves that come for favorites, whitefish pate and smoked whitefish sausage, are signs of the times.

“Fishtown and the fishery has always felt like home to me,” Carlson said. “Continuing a tradition and a sense of community and heritage, that makes me very proud.”